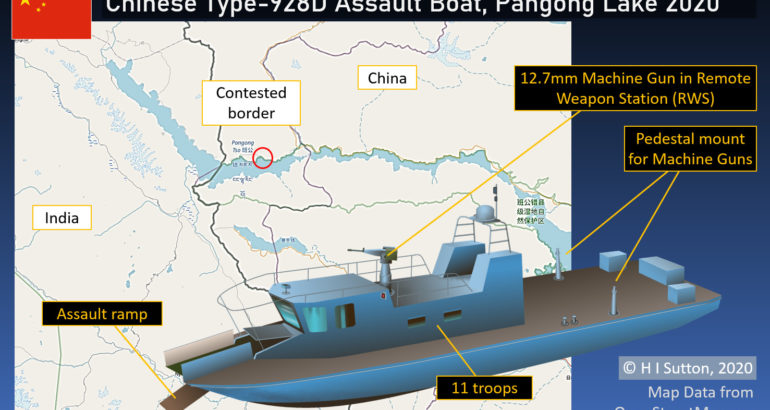 The Type-928D is generally analogous to the Swedish designed CB90 Assault Boat. It is smaller however and carries fewer troops. it is equipped with a remote weapon station (RWS).

The Chinese garrison on Pangong Lake, which straddles the India-China border, has been reinforced with new assault boats. At least six are now present on the lake, allowing for a mobile assault force of at least 60 troops.

They are stationed near to the contested line of actual control. The border region has been the scene of heightened tensions between the two countries including several clashes.

The Type-928D assault boats are generally similar to the Swedish CB-90. They represent a significant increase in capability for Chinese forces on the mountain lakes along the contested border. The type was first deployed to the lake in October 2019.Based on satellite imagery analysis they began appearing at the western end, nearer the defacto border around June this year.

H I Sutton 29 Dec 2021
When a Chinese submarine entered the Malacca Strait on December 20, heading towards the Indian ...