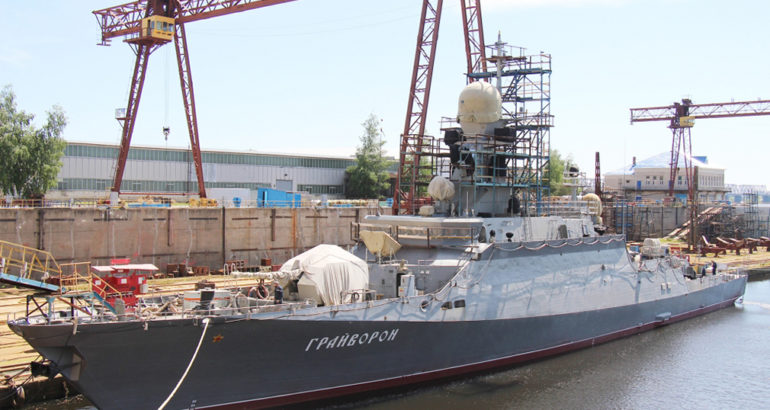 The Graivoron Buyan-M-class corvette of project 21631 built for the Black Sea fleet sailed out for the first time for factory running trials, the Defense Ministry said.

“The warship tests the power plant, the steering mechanism, auxiliary units, communication, navigation and other systems, as well as seaworthiness,”

After the running trials, shipbuilders and the crew will prepare the corvette for the next stage of trials.

Graivoron is the ninth ship of project 21631 / Buyan-M-class corvette. It was built at the “Zelenodolsk Plant named after AM Gorky “. The ship was laid down back in 2015, and got its name in honor of a city in the Belgorod region. After the sea trials are completed, Graivoron will become the fourth “small missile ship” (the official Russian Navy designation for the type) of the Black Sea Fleet. It is armed with the land attack cruise missile “Kalibr-NK”. Note that a total of eight ships of Project 21631 are already part of the Russian Navy fleet.

At present, project 21631 corvettes operate in the Caspian flotilla, the Baltic and the Black Sea fleets. Several corvettes are under construction. They have a full load displacement of 949 tons and a length of 75 meters.