The training mission was the second iteration of an ongoing integration of U.S. Air Force Europe and U.S. 6th Fleet. The ultimate goal is to refine joint air defense procedures to better defend U.S. Navy ships.

“Our comparative military advantage is that U.S. uniformed services fight together,” said Capt. Joseph A. Gagliano, commander, Task Force 65. “Today’s exercise demonstrated that our joint Navy-Air Force team and NATO is ready to operate anywhere in this theater.”

U.S. destroyers, based in Rota, Spain, support NATO’s integrated air missile defense architecture. These forward deployed naval forces-Europe ships have the flexibility to operate throughout the waters of Europe and Africa, from the Cape of Good Hope to the Arctic Circle demonstrating their mastery of the maritime domain.

VP-47 is currently assigned to Commander, Task Force (CTF) 67 and is forward-deployed to the U.S. 6th Fleet area of operations (AOO). CTF 67 is composed of land-based maritime patrol aircraft that operate over the waters of the Mediterranean in anti-submarine reconnaissance, surveillance, and mining roles.

U.S. 6th Fleet, headquartered in Naples, Italy, conducts the full spectrum of joint and naval operations, often in concert with joint, allied, and interagency partners in order to advance U.S. national interests and security and stability in Europe and Africa. 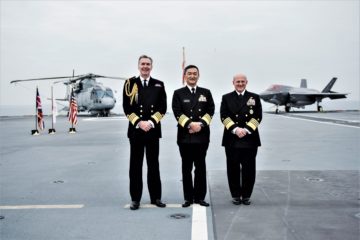 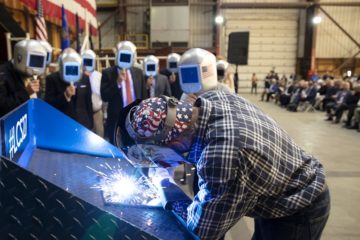