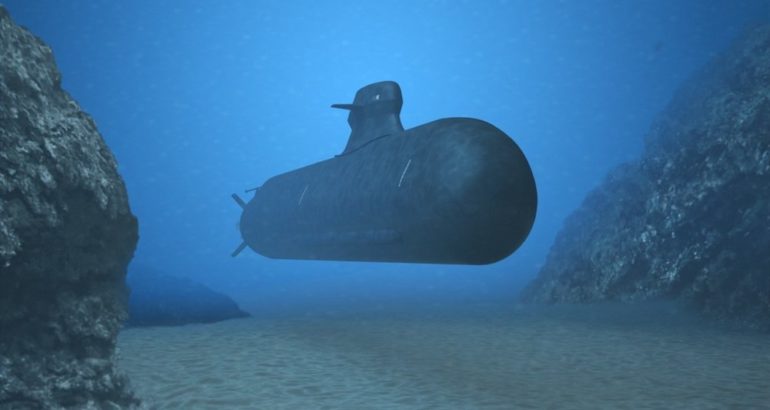 Saab’s A26 Submarine Program Transitioning from Design to Production

Saab recently conducted an online Submarine Seminar, with a strong focus on the A26 program. The A26 design is the baseline on which Saab is building its next generation multi-role submarine offering. With the type already in production for the Swedish Navy, Saab is now seeking to make the A26 a world class reference in the conventional submarine market.

For more than a century, Sweden has manufactured conventional submarines for its own purpose. Specially designed for the shallow waters of the Baltic Sea, Swedish submarines have gained some success internationally, notably in Northern Europe and Asia-Pacific areas.

Having developed seven classes and built more than 70 submarines, Kockums was undoubtedly the national champion of the Swedish submarine industry. In 2014, after a conflict emerged between Kockums owner (German company ThyssenKrupp) and the Swedish State, Kockums was acquired by Saab. The decision was then made to make Saab Business Area Kockums (Saab Kockums) a world class submarine builder. For that, Saab completely revamped Kockums’ shipyard in Karlskrona, where the two A26 (Blekinge-class) of the Royal Swedish Navy are now being built.

After a first attempt made by ThyssenKrupp’s owned Kockums, the A26 program was finally launched in 2015 after FMV (Swedish Defence Materiel Administration) placed an order for two new generation submarines for the Royal Swedish Navy. Based on the plans initially laid out under Kockums supervision, Saab’s engineers in Malmö and Karlskrona worked intensively on the boat’s design.

In addition to the three main variants of the A26, Saab proposes to adapt its design to any particular requirement, like the 4,000 tonnes Type 612 design that was proposed to the Australian Navy. A VLS module is also proposed by Saab, which can be adapted to any A26 submarine in order to give it the ability to launch cruise missiles. Such a module is likely to have been initialy proposed to Poland for the –continuously delayed– Orka program.

All A26 variants feature state of the art technologies, and some of the most innovative equipment in western submarines. For instance, the bow of the submarine will incorporate a Multi-Mission Portal. Similar to an oversized torpedo tube, this portal gives access to a flexible payload lock that can be use, for instance, by special operation forces. The large portal allows the A26s to quickly deliver swimmers, underwater vehicles and other equipment, without the size limitation of the 533mm torpedo tubes usually used on western submarine. The Multi-Mission Portal then gives A26 submarines some capabilities that typically request the use of Dry Dock Shelters on other designs.

« It is among other things intended for both operators and equipment, as well as for the operation of larger more, capable UUV. »

Among other new generation technologies, the A26 comes with:

Some of those technologies were already incorporated in the recent mid-life update of the Gotland-class submarines. This MLU will then allow to have more mature and sea proven equipment aboard the Blekinge-class submarines. Evolutionary design benefits are numerous. They allow reduced risks and costs, are based on operationally proven systems and reduce the crew training time.

After a first contract in 2015 and an intense development phase, the A26 program is now ramping up to production phase. Both HSwMS Blekinge and HSwMS Skåne are now under construction and are intended for delivery in 2024 and 2025. We can assume from Lars Tossman (Head of Saab Business Area Kockums) that developments, while still ongoing, are taking place on smaller scale (likely focusing on some subsystems and softwares of the submarines) while Saab’s Kalrskrona shipyard is now turning its focus on the production phase as the design phase is mostly over.

According to Saab’s presentation, they are around 300 conventional submarines currently operated worldwide. Most of them are 1,000 to 3,000 tonnes submarines, and 2/3 of them are ageing since they have been operational for more than 20 years. Outlook for the replacement and upgrade market looks promising.

« The A26 can actually fit well into many of the replacement programs in the world, and for the navies who want to gain submarine capability. So I think we are well suited for the different customers, but I will not comment on the exact ones that we are talking to. »

In partnership with Damen, Saab is one of the three final contenders for the Walrus-class replacement program in Netherlands. The submarine proposed to the Dutch Navy is a common design made by both Saab and Damen. Much larger than the Blekinge-class, the proposed design is a spin-off of the A26 with added capabilities to fit customer’s requirements. Saab will lead the design team that will incorporat Damen’s engineers. If Saab/Damen design is selected, the production will be done in Sweden and the Netherlands, while the assembly line will be in the Netherlands only.

« The way we have built up the A26, it’s a modular design which is intended to be able to adjust to any customers needs. Some customers have expectations that need Saab to go beyond, like the Walrus-replacement program, where an expeditionary submarine is required, that needs to be larger in size.»

Poland and Sweden share a common security interest in the Baltic Sea. For years, Poland was seeking to buy three new cruise missile-capable submarines for its Navy, under the Orka program. The A26 was then seen as a serious contender, facing French and German offers. However, this acquisition program was continuously delayed. It was announced earlier this year that Poland was looking at existing submarines from the Royal Swedish Navy.

Being a government to government program, Saab has little to comment on this subject. The two A17/Södermanland-class submarines that could be delivered to the Polish Navy were designed and produced by Kockums in the late 1980s. Nevertheless, they are very capable platforms, equipped with an AIP module. According to Saab representative, they will be given « additional capabilities, new fonctionalities, based on the Saab’s naval portfolio and the experience with the Gotland midlife upgrade program ».

After the MLU of two Gotland and alongside the production of the two Blekinge-class submarines, the retrofit of the two Södermanland-class for the Polish Navy will probably be very welcomed in Karlskrona. In the longer term, the relationships that will undoubtedly be created between the Polish Navy and the Swedish naval industry over the A17 retrofit/delivery could probably favour Saab’s proposal in the Orka program, should Poland decide to procure new-built submarines.

Will Saab participate in the Collins-class upgrade?

Alongside the current negotiations in the Netherlands and Poland, Naval News asked if Saab intended to play a role in the modernization of the Australian Collins-class submarines.

In 2016, French shipbuilder Naval Group was selected to build the next-generation Australian submarines, the Attack-class. Nevertheless, the construction of the submarines won’t start before 2024, and the Collins-class will likely operate well after 2035, at least.

If a service life extension is decided by Australian authorities, Saab will likely come in the picture, after the excellent upgrade of the Gotland-class and the ongoing refit of the A17/Södermanland-class submarines for Poland.

« I must admit, I must be honest, that we were quite frustrated over the delays, but now it has returned back to the Navy, we are more than happy. We can say that it is a stepping stone. We are achieving so much benefits that we can actually explore into the A26 as well. It’s a kind of a paradigm shift we have now actually received. We were not expecting it to be as good as it is, so we are more than happy. »