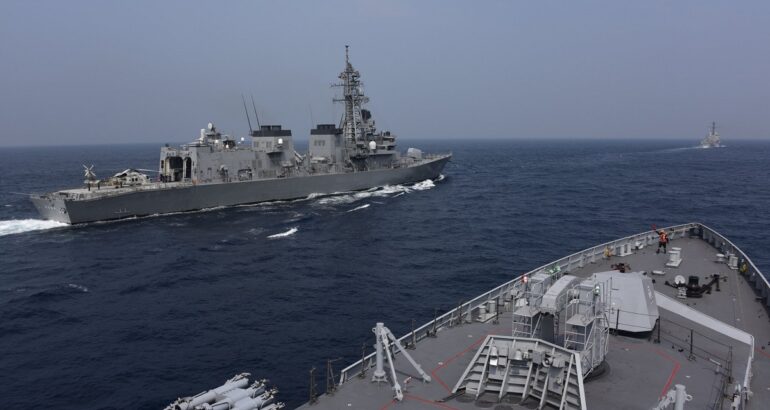 Navies from India, Japan, Australia & USA Team Up for MALABAR 2020

Naval ships, aircraft and personnel from Australia, India, Japan, and the United States began exercise Malabar 2020 in the Bay of Bengal, Nov. 3.

The 24th edition of the MALABAR naval exercise involves the Indian Navy, the Japan Maritime Self Defence Force (JMSDF), the Royal Australian Navy and the United States Navy.

“Malabar provides an opportunity for like-minded navies, sharing a common vision of a more stable, open, and prosperous Indo-Pacific, to operate and train alongside one another. A collaborative approach toward regional security and stability is important now more than ever, to deter all who challenge a free and open Indo-Pacific.”

Australian, Indian, Japanese and American maritime forces routinely operate together in the Indo-Pacific, fostering a cooperative approach toward regional security and stability.