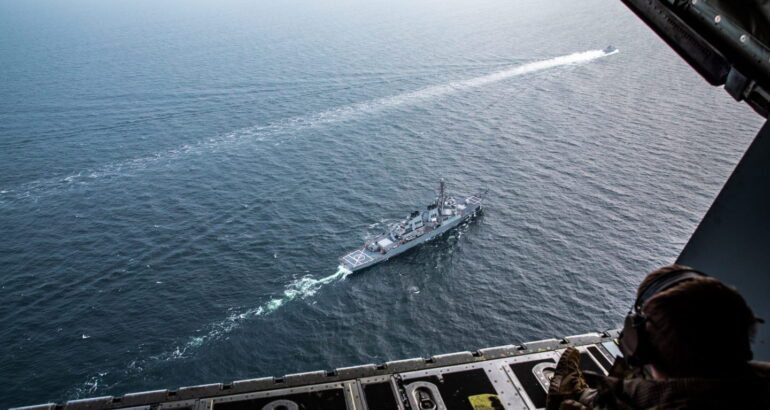 Swedish and US Navies conduct bilateral drill in Baltic Sea

Ships from the Swedish Navy’s 3rd and 4th Naval Warfare Flotillas have carried out a combined exercise with American units in the Baltic Sea. Sweden and the United States conduct recurring advanced exercises with the aim of strengthening joint defense capabilities and to contribute to enhanced stability in the region.

“The Baltic Sea is strategically important for several reasons, one example being that the countries in the area are dependent on maritime transport regardless of safety situation. Another is that the defense of Sweden begins at sea. In the event of a crisis or conflict in our immediate area, it is then crucial that we have already made the necessary preparations, together with our partners,”

Captain Per Edling, commander of the 3rd Naval Warfare Flotilla.

“We have fuel, food for soldiers and a lot of other things on board. Among other things, we carried out a medical operation during which we practiced qualified medical care with the transport of an injured person. Working with this type of units is very frictionless. They were clear about what they wanted and we could satisfy everything they wanted”

Last week, HMS Nyköping, a Visby-class corvette performed joint drills with the US Navy Arleigh Burke-class guided-missile destroyer USS Ross (DDG 71) in the southern Baltic Sea. The exercises included simulated surface combat the ships practiced both with and against each other.

“We are excited to join our Swedish counterparts to conduct this bilateral engagement in the Baltic Sea,” said Cmdr. John D. John, commanding officer aboard Ross. “Exercises like this further enhance our partnership and demonstrate our commitment to the security and stability of the Baltic region.”