EDA’s longstanding Maritime Surveillance (MARSUR) project entered a new phase on 19 November 2020 when the Agency launched its third phase, focused on the development of a next generation system.

EDA’s longstanding Maritime Surveillance (MARSUR) project entered a new phase on 19 November 2020 when the Agency launched its third phase, focused on the development of a next generation system.

Whereas the precedent project phase (MARSUR II) dealt with network maintenance and addressed outstanding issues with the MARSUR Exchange System (MEXS, the software ensuring the automatic exchange of maritime surveillance data among the participants), MARSUR III will also enhance the system’s interoperability with other maritime security regimes, primarily with the EU’s Common Information Sharing Environment (CISE). The overall objective is to enhance MARSUR’s operational use in CSDP missions and operations.

During phase III, MARSUR will therefore aim at:

The project, led by Germany, has the support of 15 additional contributing countries (Belgium, Bulgaria, Cyprus, Finland, France, Greece, Ireland, Italy, Malta, the Netherlands, Norway, Poland, Portugal, Spain, and Sweden). In addition, the participation of the European Union Satellite Centre (SatCen) brings unique added value to the project, while at the same time providing SatCen with additional information that will nurture its own products/services for the benefit of its users.

In view of the enhanced capability to be offered by MARSUR III, EDA is confident that more maritime EU Member States will join the project in the future, which would further improve the EU-wide maritime surveillance coverage. The operational added value of MARSUR was emphasised by the choice of EU Member States to rely on MARSUR for the pilot case, in the Gulf of Guinea, of the Coordinated Maritime Presence Concept (CMP).

EDA is cooperating closely with the EEAS, including the EUMS, as the planning phase is ongoing. The further development of MEXS foreseen under the MARSUR III phase will position the MARSUR network as the tool of choice for current and future maritime engagements at EU level, including for CSDP missions and operations. 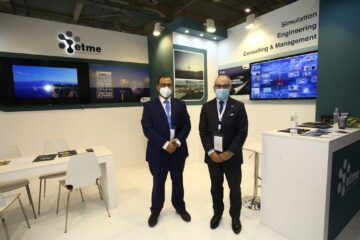 Martin Manaranche 13 Jul 2021
At the end of a highly contested competition, the European Commission through the European Defence Industrial Development Program (EDIDP) has selected on June30th, 2021 the USSPS solution developed by the European consortium led by the innovative Greek company ETME with two of the largest EU defence manufacturers Naval Group and Navantia. 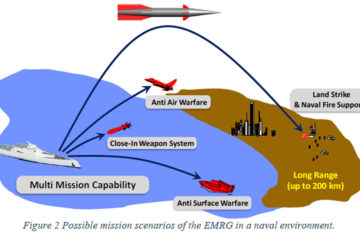 Xavier Vavasseur 06 May 2021
The implementation of PILUM, an electromagnetic railgun project for artillery applications which can reach standoff distances up to 200 km, was officially launched on 23 April 2021.