Home» News»Japan to greatly extend range of Type 12 anti-ship missiles, modify it for F-15J
The surface-to-ship missile of the Western Artillery of the Japan Ground Self-Defense Forces launches into the air from the Pacific Missile Range Facility Barking Sands, Hawaii. The SSM was shot in conjunction with the High Mobility Artillery Rocket System from 17th Field Artillery Brigade, headquarters of the U.S. Army’s Multi Domain Task Force Pilot Program in support of RIMPAC 2018. (U.S. Army photo by Capt. Rachael Jeffcoat)

Japan to greatly extend range of Type 12 anti-ship missiles, modify it for F-15J

On December 18, 2020, the Japanese government decided to extend the range of Type 12 surface-to-ship missiles (SSM) manufactured by Mitsubishi Heavy Industries. What's more: The missile could be modified into an air-launched variant for the F-15J fighters.

Originally, an extended-range version of the Type 12 SSM was under development and was scheduled to be developed over a five-year period starting in FY2017. This range extension basically did not change the basic character of the Type 12 SSM in any significant way. However, the one decided on this time is different from that.

According to documents released by the Ministry of Defense (MoD), the increased range will be achieved by extending the size of the wings and the altitude at which the jet engines can operate. In other words, the Type 12 SSM will be able to fly at a higher altitude than before. According to the Sankei Shimbun and Mainichi Shimbun, two of Japan’s major media outlets, these improvements will significantly extend the range of the Type 12 SSM from 200 km to 900 km, with the goal of reaching 1,500 km in the future.

Furthermore, the Type 12 SSM did not adopt the same shape as the NSM and LRASM to ensure stealth performance. However, this modification will reduce the Radar Cross-Section (RCS) to ensure such stealth performance. As a result, its appearance will be completely different from the current one. Also, according to the MoD document mentioned earlier, the improved Type 12 SSM will be able to attack not only enemy naval vessels but also ground targets. In addition, the missiles will be updated with data about their targets via satellite communications during their flight, which will improve the accuracy of their attacks.

The improvement of Type 12 SSM will be done in the period from FY2021 to FY2025. In order to realize this work in such a short period of time, the results of research on the new SSM for island defense (manufactured by Kawasaki Heavy Industries), which is currently under development, will be reflected. This new SSM is scheduled to be developed from FY2019 to FY2023, and according to Sankei Shimbun, its range is targeted at 2,000 km.

This improvement of the Type 12 SSM is noteworthy for its relationship with the upgrade of the Japan Air Self-Defense Force (JASDF) to equip its F-15J fighter jets with long-range missiles. The Japanese government had planned to upgrade some of the F-15Js operated by the JASDF to replace their radar and electronic warfare equipment with the latest ones, and to enable them to carry JASSM-ER and LRASM. However, due to the higher-than-expected cost of the upgrade, it was not included in the FY2021 defense budget request. The original plan was to complete the upgrade of 20 F-15Js by FY2027, but that schedule is expected to be significantly delayed.

Under such circumstances, the improvement of the Type 12 SSM suddenly emerged, and the fact that its range will be increased to 900 km (similar to that of the JASSM-ER and LRASM) cannot be considered a mere coincidence. In addition, the MoD is looking to launch the modified Type 12 SSM not only from ground, but also from naval vessels and aircraft. In other words, the Type 12 SSM may be developed into an air-launched variant with the goal to integrate it on the F-15J. 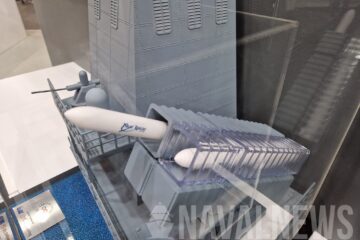 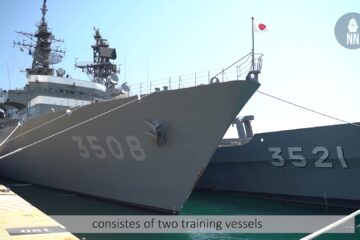