The Grachonok class, Russian designation Project 21980, is a class of anti-saboteur and large guard boats being built for the Russian Navy. The class is designed to combat sabotage and terrorist forces and means in the waters off bases and near the Russian approaches.

Zelenodolsk Shipyard said it had laid another Grachonok-class boat of project 21980.

“The shipyard has been building the special-designation boats of the project since 2008. So far, it has handed over to the customer ten boats. The new boat is the thirteenth in the series,” it said.

The boats have to guard Russian naval bases. The modern equipment and a high seaworthiness allow engaging in a broad range of missions.

Zelenodolsk Shipyard has to build another three boats of project 21980 by a contract with the Defense Ministry by late 2022. One boat is to be ready in 2021 and another two in 2022. The shipyard laid two boats in August 2020. 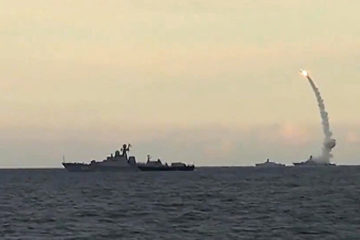