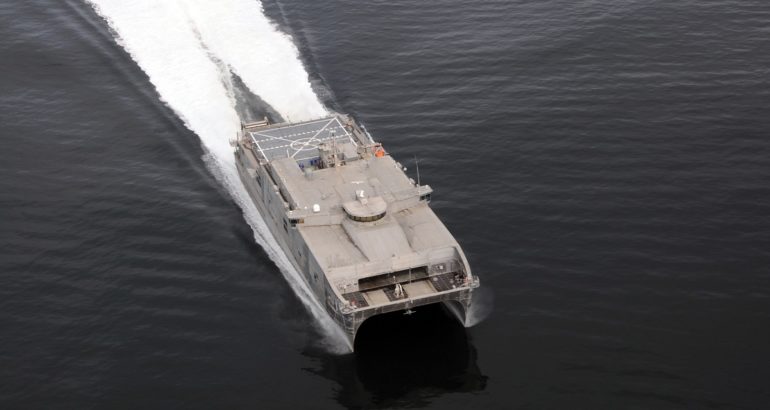 In a display of confidence for the Expeditionary Fast Transport (EPF) program, the U.S. Navy awarded Austal USA a $235 million undefinitized contract action modification on Feb. 26, 2021, for the detailed design and construction of EPF 15.

“At its core, the EPF is designed to be highly capable, flexible and affordable. With this baseline, we’ve been able to deliver multiple ships that are performing different missions for the U.S. military. The award of EPF 15 allows the Navy to leverage a hot production line and highly trained workforce to continue producing ships that are meeting the needs of warfighters today and into the future.”

Originally designed as a high-speed intra-theater transport, the EPF has been described by many in the U.S. military as the pick-up truck of the fleet. EPFs have performed humanitarian assistance, disaster relief, maritime security, surveillance, command and control, counter narcotics, and additional operations in almost every region of the world.

With a draft of only 13 feet and waterjet propulsion, the EPF is able to access austere and degraded ports with minimal external assistance providing flexibility to fleet and combatant commanders. With its maneuverability, large open mission bay and ability to achieve speeds greater-than 35-knots, the EPFs have the capability to support additional missions such as special operations and medical support.

Naval News comment:
EPF 15 may be the last and final ship in the series.