Home» News»Russian Navy: Which submarines will be delivered this year ? 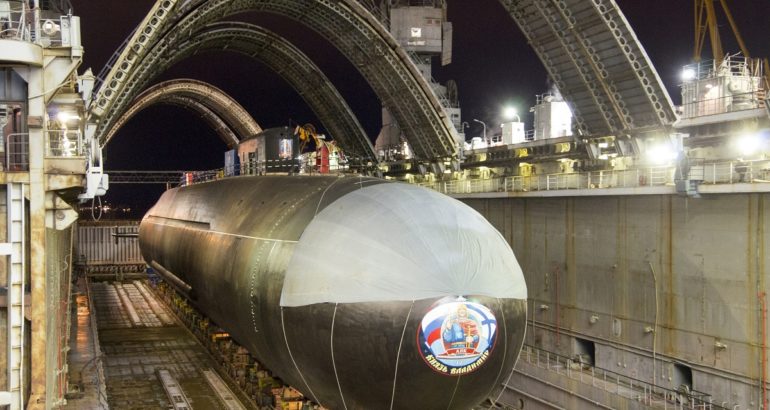 Russian Navy: Which submarines will be delivered this year ?

The Navy will soon receive the Magadan diesel-electric submarine of project 636.3. Admiralty Shipyard will lay the Mozhaisk and the Yakutsk subs of the same project. The whole series of six submarines will be handed over to the Pacific fleet by 2024.

“The Navy will also receive the Velikie Luki and the Kronshtadt non-nuclear Lada-class submarines in the midterm. They have upgraded tactical and technical characteristics. Another two submarines are to be built. The expansion of the series depends on the operational experience and we shall follow the rule,” Yevmenov said.

The overhaul and modernization of third-generation submarines of projects 949A and 971 will continue. Their life cycle will be doubled. The Navy is developing technical services and maintenance to provide high technical readiness of warships and submarines during the whole life cycle.

“The time at sea of submarines exceeded 2700 days in 2020 and is over 400 days in two months of 2021. In 2020-2021, the submariners fulfilled over 60 combat exercises with live torpedo and missile fire and laid mines. The submarines together with surface warships train fire at sea targets and train engaging Kalibr missiles. The training intensity will grow in 2021,” Yevmenov said.

The training base of the Navy is constantly upgraded. The submarine training center in Sosnovy Bor launched the coastal Klen-85 complex. The Novorossiisk naval base launched a complex to train rescuers and divers. The Nakhimov Black Sea Navy School in Sevastopol is launching Mostik simulator. The Pacific and Northern fleets created deployment bases.

The Baltic fleet has reconstructed over 70 percent of berths for warships and submarines. The deployment base in Novorossiisk near Geoport is to be completed by the end of the year.

“Work is ongoing to prepare the participation in the Navy salon to be held in St. Petersburg. Visitors will see a lot of interesting things in underwater shipbuilding,” Yevmenov said.