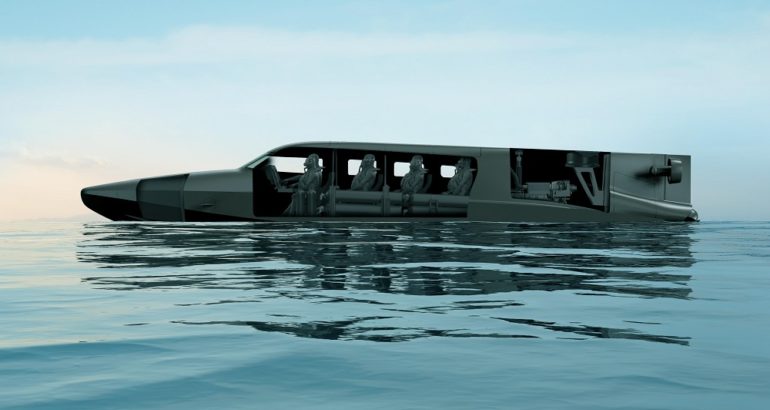 VICTA was unveiled as a project during DSEI 2019. SubSea Craft introduced it as a revolutionary craft which combines the speed, range and capacity of a Long-Range Insertion Craft (LRIC) with the stealth and versatility of a Swimmer Delivery Vehicle (SDV). It will be capable of speeds in excess of 30 knots, a range of 250 nautical miles and 2-minute transition between surface and sub-surface mode. VICTA will accommodate eight naval special forces operators and their equipment .

Naval News – When did you start work on VICTA and what is its status today ?

Tim Chicken – VICTA began as a concept when the company was founded in 2015, originally as a catamaran variant before, in 2018, we alighted upon a monohull design.  Since then the business has changed significantly and has expanded to being in an eclectic team of engineers, entrepreneurs and former senior military officers with significant operational experience.  This combination has put VICTA onto a firm developmental footing with the result that the craft has almost completed its fit-out and is now in our facility on the South Coast undergoing dry testing before moving to Portland in Dorset for sea trials in the summer.

Tim Chicken -We believe that there are 3 things which particularly mark out VICTA in the sector.  Firstly, she combines many of the characteristics of a fast surface craft with those of a specialist submersible; secondly, she is capable of rapid transition from surface to sub-surface; and finally, both this transition and her performance are enabled by a very sophisticated fly-by-wire control system.  In addition, she is highly versatile – deployable from an array of platforms from a road-trailer, through a surface vessel to a heavy-lift helicopter or fixed wing cargo aircraft.  And all this without recourse to costly strategic platforms.  But VICTA is also a digital platform, offering the potential to harness and exploit data from across the myriad systems and sensors within the craft with multiple benefits.

Naval News – What was the most challenging aspect of the project so far ?

Tim Chicken – Our partnership with BAR-Technologies has reduced many of the burdens that may otherwise have been experienced.  Their specialist skill in Computational Fluid Dynamics has eased many of the challenges which might have otherwise impeded progress, ensuring that we have a high degree of confidence in the capability of the craft.  We work in close co-operation with a number of companies including CGI, Diverse, Avon and others on the programme and whilst there is no disguising the challenges that an ambitious project of this nature might generate, it is reassuring that our collaborative partners have aided us in navigating them.

Naval News – Are you exclusively focused on VICTA or are you working on other designs ? What happened to the catamaran DDU project ?

Tim Chicken – The catamaran was an important step in our business’s growth as it allowed us to better understand the nature of the challenges which characterise a project of this nature.  We learned a huge amount as a consequence of the experience with the first prototype and we have ensured that all of that learning has been absorbed into the work on VICTA.  As for other designs, our focus is centred on VICTA for now however, we have noted the enthusiasm for both autonomous craft and for non-carbon power trains and thus both are on our radar for future examination.

Naval News – Are you planning on showcasing VICTA at DSEI in September ?

Tim Chicken – We fully intend being present with VICTA at DSEI this year where we will be highlighting her capability, the flexibility of her deployment and her digital underpinning.  This last facet of the craft is hugely relevant, given that it offers significant benefit to the user through predictive maintenance, mission-rehearsal and tactical development.

Naval News – Do you have a launch customer yet ?

Tim Chicken – We have had enquiries from an array of clients across four continents although you will understand if I refrain from naming them here.  Suffice to say that VICTA has prompted interest from policy-makers, defence leaders and the end user community. 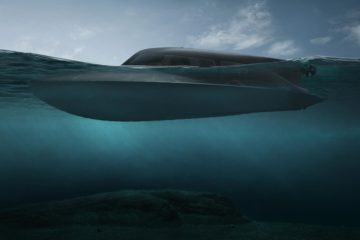 SubSea Craft moves operations to the Camber in Portsmouth