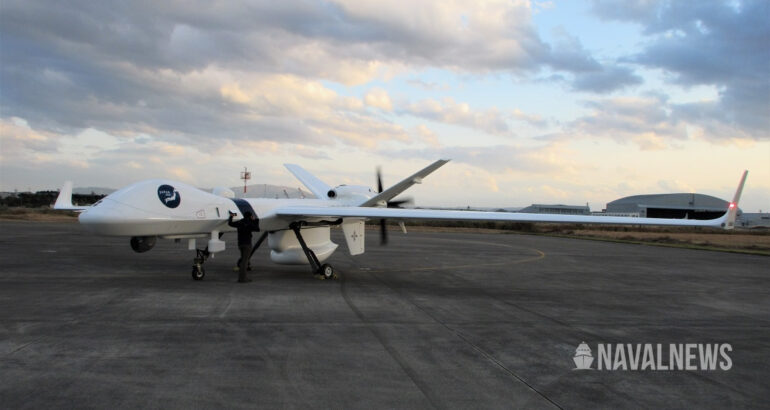 According to a report by Japan's public broadcaster NHK, in a press conference held on April 21, 2021, commandant of the Japan Coast Guard (JCG) Takahiro Okushima revealed that the JCG will proceed with specific studies to introduce unmanned aerial vehicles (UAVs) to conduct maritime surveillance and other operations.

The study on the introduction of UAVs in the JCG was prompted by the Japanese government’s decision in December 2016 to adopt a new policy for maritime security. The policy is designed to strengthen the functioning of the JCG in response to the recent activity of Chinese fishing and government vessels in the waters around Japan.

Last October, JCG conducted a demonstration test using General Atomics’ UAV, SeaGuardian, at the Japan Maritime Self-Defense Force (JMSDF) Hachinohe base in Aomori Prefecture. According to the JCG, a total of 13 flights, 150 hours flight test was conducted, during which various test items were checked. For example, the Bombardier Q300 (DHC-8-315) operated by the JCG was used to check the SeaGuardian’s collision avoidance system, and in conjunction with the patrol vessel Hida (PL-51), SeaGuardian’s day and night vessel identification capabilities were checked.

[As a result of these tests] “we have come to the conclusion that UAVs can be fully utilized and can carry out the JCG’s mission more efficiently.”

JCG will study how to operate UAVs and where to deploy them with an eye to introducing them in FY2022 and beyond. The specific model of the UAV to be introduced has not been disclosed, but based on last year’s test, SeaGuardian is certainly the most promising candidate: