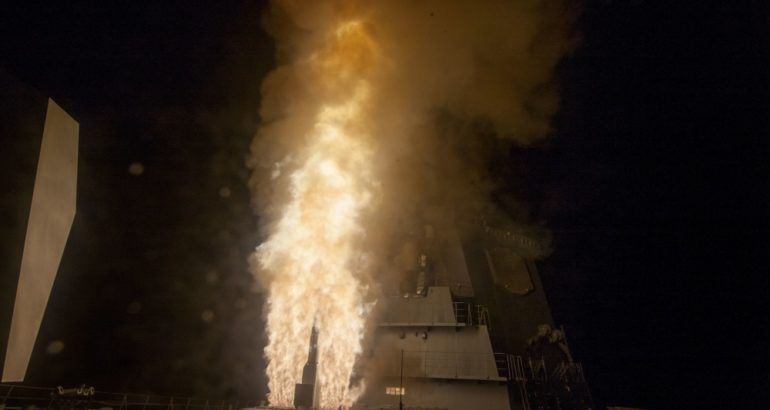 Japan’s New “Aegis equipped ships”: What we know so far

What led to this unusual decision and what will these ships be like ?

Origins of Aegis Ashore in Japan

The Japanese government decided in 2017 to deploy Aegis Ashore in two locations in Japan. This was intended to respond to North Korea’s repeated launches of ballistic missiles and potential surprise missile attacks in times of conflict. Between 2016 and 2017, North Korea launched ballistic missiles 29 times, for a total of 40 missiles, and also conducted three nuclear tests. Under these circumstances, the Japan Maritime Self-Defense Force’s (JMSDF) Kongo-class Aegis ships, which have ballistic missile defense (BMD) capabilities, were constantly deployed in the Sea of Japan to keep an eye out for ballistic missile launches by North Korea.

However, the original role of Aegis ships is to defend the fleet from enemy attack, and BMD is more of a secondary role. If the Aegis ships were to engage in BMD missions for a long period of time, it could lead to a decrease in training time, which could lead to a decrease in skill level and an increase in the burden on the crew. So, in order to return the Aegis ships to its original role, the Japanese government decided to introduce the Aegis Ashore system as a replacement and put them on a 24/7 BMD mission.

Comes in the the “Aegis system equipped ships”

In general, ships equipped with the Aegis system are simply called “Aegis ships,” and this is also the case with the JMSDF. In other words, the name “Aegis system equipped ship” is very unique. The reason for this is that this ship is an alternative to the Aegis Ashore. Just as the purpose of the Aegis Ashore was to respond to North Korea’s ballistic missiles, this ship is expected to specialize in BMD. In other words, it is essentially distinct from the “Aegis ships” (so called destroyers or DDG), whose main role is to defend the fleet from enemy attack.

It is expected that Aegis system equipped ships built for such a purpose will be limited in the equipment they are given, although the operation of the ship and the equipment it will carry have not yet been determined. This is because one of the major objectives of the ship is to reduce the burden on JMSDF, and for this purpose, the cost and number of crew members should be kept as low as possible. If additional weapon systems are installed to perform missions other than BMD, extra crew members will naturally have to be on board to operate them. This would be a serious problem for the JMSDF, which is already suffering from a shortage of personnel. In addition, the inclusion of additional weapon systems will lead to higher construction costs, so the capabilities granted to Aegis system equipped ships will be limited as long as they are required to function only as an alternative to Aegis Ashore.

Originally, the Aegis Ashore was supposed to be deployed within Japan’s territory, and it was supposed protect the entire country from ballistic missiles. Then the Aegis system equipped ships would not have to be deployed all the way offshore, but could simply stay off the Japanese coast and achieve exactly the effect that the MOD intended to achieve with Aegis Ashore. So, there is no need to provide anti-aircraft, anti-ship, and anti-submarine warfare capabilities to Aegis system-equipped ships, since the risk of enemy attack is minimized in coastal areas, and other services (including Japan Ground and Air Self Defense Force) would provide sufficient protection if needed.

The same view has been expressed by Japanese politicians in this regard. Akihisa Nagashima, a member of the House of Representatives and an expert on security issues in Japan’s ruling Liberal Democratic Party (LDP), has stated on his blog that among the operations of Aegis system equipped ships, members of JGSDF should be in charge of operating the Aegis system (performing BMD missions). He added that the functions of the ships should be limited to BMD and self-defense capabilities should be kept to a minimum (e.g., equipped with CIWS). On May 21, 2021, Japanese news agency Jiji Press also reported the concept of JASDF fighter jets providing protection for the Aegis system equipped ships, according to several government officials.

BMD ships, but what about hypersonic weapons ?

In the same article, Jiji Press also stated that the ship will be equipped with SM-6 missiles for self-defense, but since the SM-6 is considered to be over-performing for this purpose, it can be assumed that it has another purpose. Originally, the Japanese government was considering adding the capability to deal with cruise missiles to Aegis Ashore (although this was later abandoned); on January 12, 2018, then Defense Minister Itsunori Onodera mentioned intercepting cruise missiles with Aegis Ashore. At this time, the SM-6 was expected to be able to deal with cruise missiles. In addition, the U.S. Navy and the Missile Defense Agency (MDA) have now made it clear that they will address advanced threats other than ballistic missiles with the SM-6. Barbara McQuiston, a senior U.S. official currently performing the duties of the Under Secretary of Defense for Research and Engineering (USD(R&E)) at the U.S. Department of Defense made the following statement about the SM-6 when she testified before the U.S. Senate Appropriations Committee Subcommittee on Defense on April 13, 2021:

In conjunction with these developments in the US, the Japanese MOD may be looking to equip Aegis system-equipped ships with SM-6 to deal with cruise missiles and advanced threats such as hypersonic weapons.

Which radar and combat system ?

According to a decision by the Japanese government last year, although it has not yet been decided what equipment and systems will be installed on the Aegis system equipped ships, MOD is currently considering to build the ship with the J7.B Aegis Weapon System and Lockheed Martin’s SPY-7 radar, initially contracted for Aegis Ashore. According to Lockheed Martin, J7.B is the integration of SPY-7 into J7 (BL9), the latest software currently installed by JMSDF’s Aegis ships, and in a written interview conducted by Naval News in April, Lockheed Martin responded as follows:

“Aegis Baseline J7.B adds the advanced solid-state SPY-7 radar to the mature J7 baseline, and will utilize the latest capabilities and functionality available in the Aegis Common Source Library.”

This “latest capabilities and functionality” is thought to include the ability to deal with hypersonic weapons that the U.S. Navy plans to implement in the future through BL10, the latest software for the Aegis Weapon System. In a written interview conducted by Naval News in February of this year, Lockheed Martin said, “BL9 can respond to HVPs (Hypervelocity Projectiles). BL9 is the latest hardware and software configuration deployed by both the U.S. Navy and the JMSDF (called “J7” in Japan). BL10 was developed to make the Aegis Combat System “open architecture” to accommodate any radar by any maker in the system. Since both baselines are derived from the Common Source Library there is no functional difference between BL9 and BL10.” In addition, the company stated that SPY-7 is also capable of dealing with hypersonic weapons.

However, as already mentioned, the U.S. Navy will be adding functions to the BL10 to deal with various new threats. This is evident from the fact that BL10 will be installed on the Arleigh Burke-class Flight III, which will be commissioned in 2023, as well as on some of the Flight IIA ships already in service. In BL10, the onboard radar will not be the SPY-7, but the SPY-6 manufactured by Raytheon. So, the question is whether there is any difference between BL9 (J7.B) and BL10 in terms of the functions. Indeed, as Lockheed Martin argues, some of the functions of J7.B and BL10 are shared by the CSL. However, as long as the onboard radar is different, the performance of each is also different, so there may be no, or less commonality in the radar-related part of the functions of J7.B and BL10.

For example, the U.S. Navy has signed a contract with Raytheon to add a “Receive Only Cooperative Radar (ROCR)” capability to the SPY-6 as part of an effort to search the airspace around its ships while improving their stealth. Some of these features that rely on the performance of SPY-6 will be implemented in BL10, but may not be shared with J7.B. This could pose a major problem if, for example, the US Navy wants to add new capabilities to the BL10 with SPY-6, such as countering hypersonic weapons.

For example, if the U.S. Navy and the Missie Defense Agency (MDA) want to implement new functions in BL10 in the future, they will obviously pay for the testing and integration. However, if J7.B is installed on Aegis system-equipped ship, Japan may have to bear the cost of new tests for functions other than those that can be updated by the CSL. Masahisa Sato, a member of the LDP, has pointed out the same problem in this regard. His argument is that Aegis system-equipped ships should be fitted with SPY-6 and BL10, which can be seen as an argument for building “Aegis ships” equivalent to the Arleigh Burke-class Flight III. It does not see Aegis System-equipped ships as a mere replacement for Aegis Ashore, but instead as a way to increase the number of Aegis ships to respond to China’s maritime expansion and new threats.

In summary, there are two ways to approach the Aegis system-equipped ships:

Each idea has its pros and cons. The former would address the North Korean missile threat, while it cannot deal with various contingencies, including the defense of the Senkaku Islands and the Taiwan contingency. On the other hand, while the latter can deal with China’s military threats, including various new weapons, together with the U.S. Navy, it poses crew problems to the JMSDF, which is suffering from a shortage of manpower, and cannot expect a dramatic change in its BMD posture against North Korea.

It is important to note that the decision to build Aegis system-equipped ships or a de facto Aegis ships derives from the differences in the objectives of each, and not from the question of whether SPY-6 or SPY-7 (or J7.B or BL10) is more superior. Both are excellent radar systems, and which one Japan should choose will ultimately depend on what it pursues.