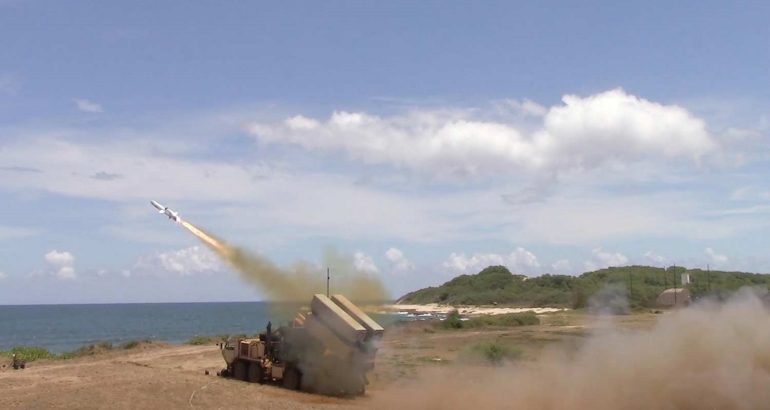 The government of Romania signed an agreement with the U.S. Navy to purchase the Raytheon Missiles & Defense, a Raytheon Technologies business, Naval Strike Missile Coastal Defense System, or NSM CDS.

The agreement, formally referred to as a Letter of Offer and Acceptance, makes Romania the first country to purchase the system via the U.S. government’s foreign military sales program.

NSM, a long-range precision missile that strikes heavily defended land and sea targets, will arm Romania with a 5th-generation anti-ship and land-attack cruise missile. As a key part of the CDS, the vehicle-launched NSM has a range greater than 100 nautical miles, flies at low altitudes and uses advanced seeker and target-identification technology.

“By acquiring NSM, Romania is taking another leap forward in its military modernization journey. Romania will now join the U.S. Navy and two other NATO allies in operating the latest generation anti-ship cruise missile available today.”

NSM CDS was developed by Norwegian defense company Kongsberg Defence & Aerospace to meet the requirements of the Royal Norwegian Navy to arm its frigates and coastal corvettes. Raytheon Missiles & Defense teamed with Kongsberg to offer the missile to U.S. and international partners. In 2018, the U.S. Navy selected NSM for its over-the-horizon defense of littoral combat ships and Constellation class frigates.

The foreign military sales program, or FMS, is the same process Romania used to procure the combat-proven Patriot™ air and missile defense system.

Naval News comments:
NSM has an operational range of 185 Km (100 nautical miles) and a high subsonic speed. It uses Inertial, GPS and terrain-reference navigation and imaging infrared homing (with a target database aboard the missile).

The NSM is a fifth generation anti-sip missile, produced by Kongsberg and managed in the U.S. by Raytheon. NSM reached Initial Operational Capability on the new Norwegian Fridtjof Nansen-class frigates and the Norwegian Skjold-class corvettes in 2012. It is also fielded by the Polish Navy (coastal defense batteries) and has been selected by the navies of Malaysia and Germany. NSM was also selected in 2018 as the winner of the U.S. Navy Over-The-Horizon Weapon System (OTH WS) competition and by the USMC in 2019. Its U.S. Navy designation is RGM-184A NSM Block 1. The USMC recently test-fired the NSM from a Remotely Operated Ground Unit for Expeditionary (ROGUE) Fires vehicle, as part of the NMESIS system. 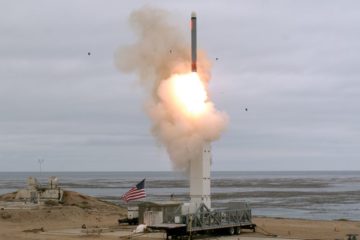 U.S. Marines Experimenting with Tomahawk for Land-Attack and Anti-Ship Missions