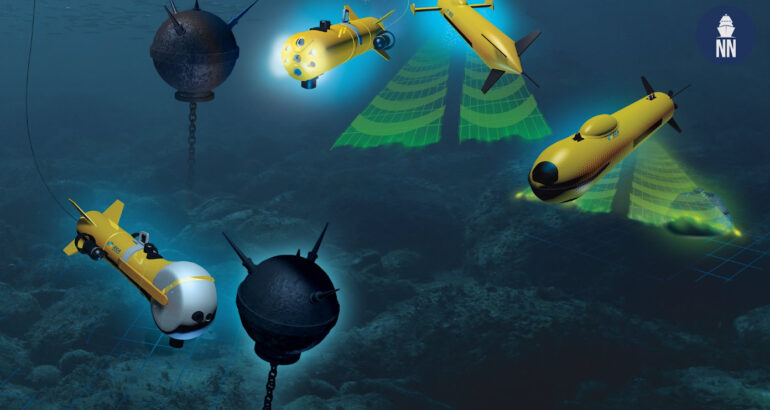 In the frame of the EDIDP (European Defence Industrial Development Programme) and in line with PESCO project MAS MCM (Maritime semi- Autonomous Mine Counter Measures) Naval Group Belgium, a 100% subsidiary of Naval Group, will lead MIRICLE ((Mine Risk Clearance for Europe) project for a period of twenty-four months.

The 19 top European partners working together in the consortium will strengthen European capabilities in mine countermeasures for harsh environment and evolving threats. This project will allow to reach a European and sovereign capacity in the future mine warfare.

MIRICLE project will pave the way of the next generation of countermeasure solutions “made in Europe”, hence improving capacities to fight against maritime mines.

These technologies will more specifically enable European navies to benefit from the highest and most interoperable military mine countermeasures capabilities, in accordance with NATO recommendations. These innovations will complement the main components of mine warfare, made up of Mine Counter Measure (MCM) vessel, unmanned vehicles and robots (“Toolbox”), the mission system, the communication network and artificial Intelligence-powered decision making.

This 24-months project will cover study, design, prototyping and test activities, all dedicated to strengthening R&D cooperation and technical excellence in mine countermeasures of the European countries. It will contribute to future European Defence Fund (EDF) developments, addressing main mine countermeasure challenges and enabling the European naval community to pursue the development of a unique mine action capability. Thanks to the European Commission and the financial support of the associated Member States, the nineteen partners will benefit in the future of a strategic autonomy in the mine warfare domain.

Naval Group Belgium will bring together the programmatic and operational contribution of academic, industry and research partners. The consortium includes both world leaders in the naval and/or robotics fields and small players pushing innovations. Members originate from ten European Union member states. The following actors will support Naval Group Belgium and its mother company Naval Group:

Together, they will enhance MCM toolboxes to bring them to a higher degree of maturity by developing minefield instrumentation to optimize navigation and communication, thus optimizing mine detection, identification and neutralization.

The vessels will also benefit from innovations through the development of (semi)-autonomous Mine Countermeasures Vessel (MCMV) platforms, the improvement of interoperability & standardization, as well as through the development of a scalable intelligent multi-UxV mission management system and of an evolutive UxV Launch and Recovery System (LARS) on board platform and docking.

Martin Manaranche 21 Jul 2021
The remote assistance service deployed by Naval Group and MBDA for the French Navy achieves several objectives: provide prompt diagnostics and a repair solution to naval systems users in all locations and in all circumstances.

Xavier Vavasseur 21 Jul 2021
Naval News earlier this year visited the Thales site of Brest to learn about the latest developments in the French-British MMCM program. We learned about some key milestones being achieved.