Navantia and the North American company Lockheed Martin have signed an agreement to renew for a new three-year period their collaboration with the aim of continuing to explore new business opportunities beneficial to both companies, in the field of surface ships and combat systems.

Navantia and Lockheed Martin started in 1997 a successful relationship, the collaboration between both companies to provide the Spanish Navy with the AEGIS Combat System on the F-100 frigates.

The F-100 was the first frigate to incorporate Lockheed Martin’s powerful AEGIS system on a ship of less than 9,000 tons. Thanks to this collaboration, the Spanish Navy was provided with a high-performance escort ship and, in conflict scenarios, prepared to provide full coverage to the deployed forces, with high anti-aircraft capacity and in full integration with other allied units. It is a case of successful industrial cooperation, since Navantia developed and integrated its own systems, sensors and weapons with the AEGIS.

Along with the five F-100 frigates, the collaboration between Lockheed Martin and Navantia resulted in several export contracts: five Fridtjof Nansen class frigates for the Norwegian Navy and three Hobart class AWDs based on the F-100 frigates but with a more updated version of AEGIS for the Australian Navy.

Building on this solid cooperation, both companies are now immersed in the development of the new state-of-the-art frigates for the Spanish Navy the F-110s, as well as other commercial opportunities around the world.

“As a result of the collaboration between Lockheed Martin and Navantia, the F-110 will soon join the families of frigates with excellent technological capabilities that sail the waters around the world protecting the safety and freedom of their citizens. Our successful industrial cooperation will undoubtedly facilitate new commercial opportunities.”

“The Spanish Navy is one of the oldest naval forces in the world and Lockheed Martin is proud to be part of that history through our partnership with Spain for the F-100 frigate, the S-80 submarine, and now, for the future F-110 multi-mission frigate program.”

“With partners like Navantia, with whom we have worked for several decades, it is an honor to work from the successes we have achieved toward an exciting common future.”

Martin Manaranche 26 Jul 2021
Spanish shipbuilder Navantia has contracted Damen Marine Components (DMC) for a series of rudders and steering gear systems. The equipment is for five vessels that Navantia is constructing for Armada Española – the Spanish Navy.

Martin Manaranche 26 Jul 2021
Navantia has launched on July 24, the fourth of the five corvettes being built for the Royal Saudi Naval Forces (RSNF), named JAZAN as a tribute to this city in the Southwest of Saudi Arabia. 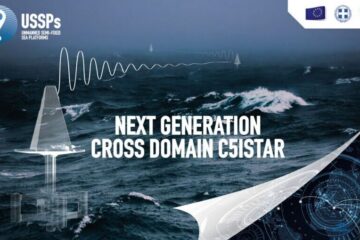