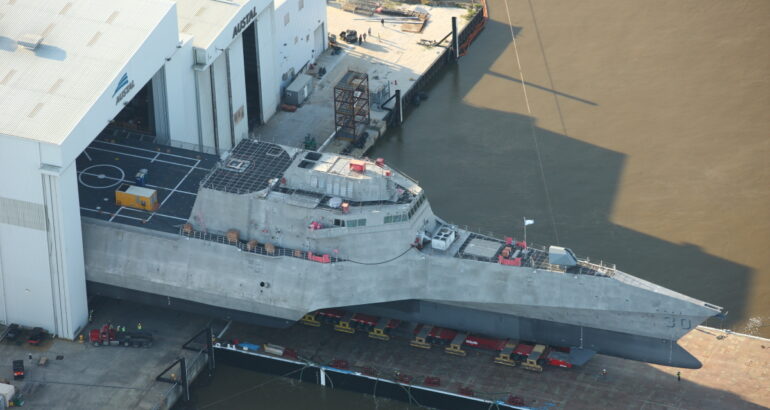 This includes all Austal-built Independence-variant LCS as well as the west-coast based Freedom-variant LCS.

“I’m proud of the hard work our service team has done to make this award possible.”

“We are honored that this award puts us in a position to support the Sailors that deploy on these ships to protect and support our country and our allies.”

The SEC West award builds on Austal USA’s continued investment in the service business. This award will enable the company to further expand its current San Diego service center while offering a greater range and depth of support available to the U.S. Navy. Austal USA is also expanding its Singapore service center to effectively support the Navy’s increased presence throughout the Pacific region.

In September 2020, the company expanded its Mobile service center to support both government and commercial customers by purchasing 15 acres of waterfront property along the Mobile River and establishing its Austal USA West Campus Ship Repair facility. The purchase included 100,000 square feet of covered repair facilities, a 20,000 ton Panamax-class floating dry dock, 300,000 square feet of outside fabrication space, and a pier front capable of mooring vessels up to 1,000 feet.

“Growing our service business to meet increasing customer demand continues to be a priority of ours.”

“Whether it’s servicing government or commercial ships in our Alabama facility or supporting our military around the world, we are ready. As our ships continue to deploy, we want to make sure our customers continue receiving the excellent customer service and expertise Austal USA is known for. We are particularly focused on expanding our capability in the Pacific region to meet the growing demand from our Navy, Coast Guard, and Military Sealift Command customers.”

In 2017, the company expanded its Pacific presence and established a Singapore service center adjacent to Changi Naval Base. Since its inception, the service center has been providing preventive, corrective, and emergent maintenance on both the LCS and Austal-built Expeditionary Fast Transport ships in this region.

“We’re seeing a great deal of usage of the Expeditionary Fast Transport ships. Military Sealift Command is utilizing these ships for a variety of mission sets. Our facility in Singapore and our work in Guam has been critical for us to support these ships and their missions,” Murdaugh said. “As the Navy increases LCS deployments to the western Pacific, we will likewise increase our presence and capability.”

The Independence-variant LCS program has recorded a number of successful deployments with more ships scheduled to deploy in the near future. In May 2020, the USS Montgomery (LCS 8) conducted operations in the South China Sea. Later that same month, the USS Gabrielle Giffords (LCS 10) also conducted presence operations in the area. In December, Giffords moved to support U.S. Southern Command in the Caribbean and eastern Pacific Ocean with the ship interdicting $100 million of illegal drugs. In June, the USS Tulsa (LCS 16) conducted operations in the Philippine Sea, while the USS Charleston (LCS 18) operated with the Sri Lankan navy in Malaysia.

This service execution contract win highlights a major milestone for the company that 20 years ago broke ground on its U.S. shipbuilding operations and has now transformed into one of the most modern shipyards in the U.S. With the completion of its steel manufacturing line in April, the company is set to design, build and deliver both steel and aluminum hulled ships, while providing service and support in the U.S. and Western Pacific region.

Austal USA also supports the U.S. Navy’s afloat medical operations and the service’s autonomous fleet. The company is executing modifications to EPF 13 and 14 to enhance the medical capability on both ships, as well as incorporating autonomous operations capability on EPF 13.