Indian Ministry of Defence (MoD) has concluded a contract with Mahindra Defence Systems Limited for procurement of 14 Integrated Anti-Submarine Warfare (ASW) Defence Suites (IADS) at a cost of Rs 1,349.95 crore in New Delhi on August 27, 2021.

The contract with an Indian firm under the ‘Buy and Make (Indian)’ category of defence procurement is an important boost to India’s ‘Atmanirbhar Bharat’ mission and provides a major fillip to indigenous defence industry in technology development and production. The system will enhance anti-submarine warfare capability of Indian Navy.

The MoD has continued to demonstrate its resolve to augment the ‘Make in India’ initiative of the Government and the resolve of the country to become ‘Atmanirbhar’ in advance technologies with induction of multiple equipment through home-grown defence industry. 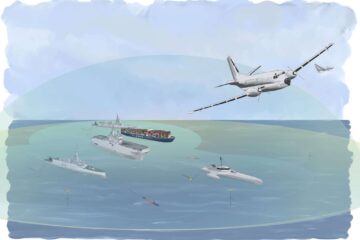