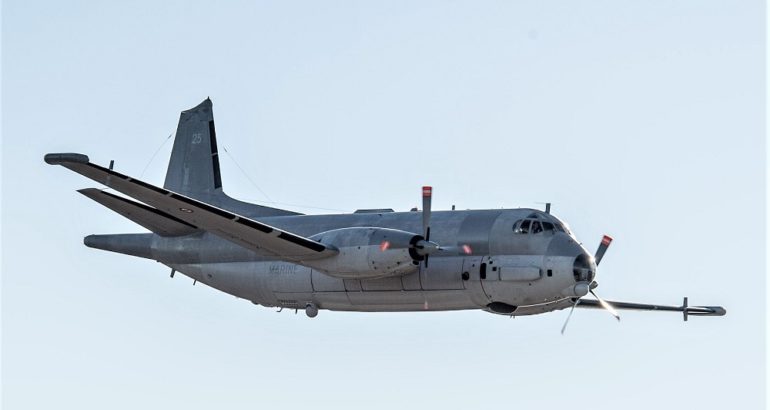 The French Navy (Marine Nationale) announced that one of its Atlantique 2 (ATL2) Maritime Patrol Aircraft (MPA) was targeted with a laser in Brittany, Western France. The aircraft used its own sensors to identify and locate the individual who was quickly arrested.

The event took place in the evening of 4 January 2022. The ATL2 was on final approach for the main runaway of the Lann-Bihoué naval air base when a culprit started lasering the aircraft. The crew aborted the landing and regained altitude.

According to a French Navy statement, the crew then used the ATL2 sensors to “very accurately” locate the origin of the laser. One of those sensors was likely the Wescam MX-20 EO/IR imaging system. It features an Inertial Measurement Unit (IMU) allowing for high target location accuracy and georeferencing (basically, the system provides accurate coordinates of the target it is pointing at).

As for the initial detection of the laser, it was probably done by the pilot and co-pilot with their “mk1 eyeball” (i.e their own eyes). Two sources with experience flying the ATL2 confirmed to Naval News that there is no Missile Approach Warning (MAW) or Laser Warning systems onboard. (It is fitted with advanced electronic warfare systems but these are triggered by radar and communication frequencies, not laser). In this situation, the key for the crew is the coordination between the cockpit and the MX-20 operator in the back to “find and fix” the target. But this is something ATL2 crews routinely train for. In war time scenarios, “track and engage” usually follows the “find and fix” phase…

As for the events on 4 January, the crew identified the culprit and recorded evidence of the offense with the sensor. While still in flight, the “sky sailors” (as naval aircrews are called in the French Navy) transmitted these elements to the local police station, who quickly arrested the person and confiscated his equipment. Charges have been pressed and the investigation is ongoing.

Unfortunately, it is not the first time ATL2 crews are faced with the problem. Someone was sentenced to six months in jail for similar acts at the same naval air base in 2018. According to local newspaper Ouest France, the commander of the Lann-Bihoué naval air base of reported in 2014 that ten military aircraft had been targeted by a laser in just nine months.

In a statement issued yesterday, the French Navy explains that:

Faced with the resurgence of this type of events against the aircraft of the French Navy stationed on the air bases of Lanvéoc, Lann Bihoué and Landivisiau, the maritime district commander recalls that the trade and possession of lasers are strictly regulated. Thus, owning or using a laser of a class higher than 2 can lead to a sentence of 6 months of imprisonment, with a fine of 7,500 euros. Beyond these criminal penalties, pointing a laser at an aircraft approaching a terrain risks causing serious and irremediable eye injuries to crew members. In the event of complete blindness of the pilots, the risk of an air accident is major.