The navy will receive 31 helicopters – a naval version of the NH90 – that offer close-range protection, anti-surface-warfare (ASuW) and anti-submarine-warfare (ASW), transport, and search and rescue capabilities.

“We are very proud to have our equipment deployed on this major naval asset of our national customer. With 8000+ SOVERON family airborne radios in use worldwide on over 70 different airborne platforms, we ensure that we deliver a safe, future-ready investment for today’s navies on time and on budget.”

Together with innovative IP capable waveforms, software-defined radios cover use cases such as clear voice communications for air traffic control (ATC), secure data transmission for situational awareness as well as governmental and military command and control scenarios. They are available in VHF/UHF and in the HF range for line-of-sight (LOS) or beyond LOS (BLOS) communications.

Software-defined radios from Rohde & Schwarz are available under the SOVERON® brand for military applications and the CERTIUM® brand for civilian applications.

The primary features of the SOVERON radios, which will be fitted to the German Navy’s NH-90 MRFH, are indicated below; 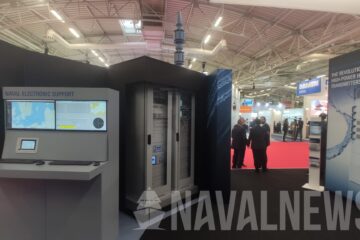 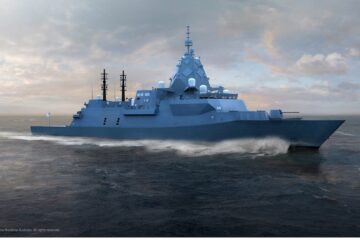 Rohde & Schwarz raises the bar on delivery of NAVICS to RAN