Following Russia's attacks on Ukraine's main cities, Vasyl Bodnar, Ukraine's ambassador to Turkey, asked Turkey to close the straits to Russian ships in favor of Ukraine. Is it possible to do so in accordance with the Montreux Convention?

Before answering whether the Ukrainian ambassador’s request is feasible, we need to look at the Montreux Convention, which regulates the passage regime across the Canakkale and Istanbul Straits.

The Montreux Convention was signed in 1936 to manage the passage regime across the straits and to define tonnage limits in the Black Sea for non-riparian countries. Of course, there are numerous details in the convention, but we will focus on the key principles that the agreement suggests, specifically for Turkey in terms of halting the passages.

The conventions primarily support freedom of navigation through the straits, but Turkey has the authority to close the straits to ships from warring countries when a full-fledged war occurs or is imminent. Articles 20 and 21 of the Convention define Turkey’s authority over the passing regime for naval ships (Articles 4, 5, and 6 for merchant vessels) during wartime or when a war is imminent.

What does Montreux Convention say?

In a time of war;

When war is imminent;

These articles imply that Turkey can obstruct the passage of warships even though it is not actively involved in the war, with the possibility of war looming. Another important aspect of the convention is that Turkey has the authority to suspend the tonnage limitations in the Black Sea, which means that warships from Turkey’s allies would be able to enter the Black Sea if Turkey exercised its discretion in this regard.

Ukraine’s request is feasible but dangerous for Turkey

Turkey has the authority to close the straits in accordance with the principles outlined in the aforementioned Montreux Convention. However, there are some political constraints.

The first issue is that Turkey places a high value on the convention and has carefully implemented regime rules. Because Turkey regards the Convention as an important component of the Black Sea’s security and stability. As a result, if Turkey says “Yes” to Ukraine, it will almost certainly apply this rule to both sides. This means that even if NATO decided to deploy warships in the Black Sea, it would be impossible.

If Turkey uses its discretion solely in favor of Ukraine, Russia may object, and it may retaliate by accusing Turkey of violating its neutrality.

Closing the straits would thus be a futile attempt to deter Russia, and Turkey seems to keep neutral during the war. If NATO decides to involve in the conflict, probably the delicate balances would be considered in terms of supporting Ukraine on the field not only by Turkey but also other countries. 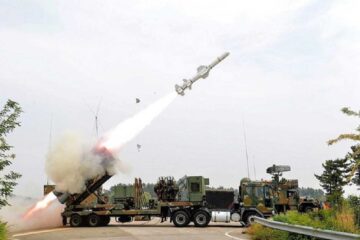 Tayfun Ozberk 22 May 2022
The U.S. is reportedly planning to supply Ukraine with anti-ship missiles to break the Russian blockade off the coast of Odessa.

H I Sutton 18 May 2022
The Ukrainian Navy's investment in the Bayraktar TB2 drone is paying off...

How The Russian Navy Is Losing Dominance: The Curse Of Snake Island

H I Sutton 11 May 2022
One of Russia's first moves in its invasion of Ukraine was the capture of Snake Island. Two months later they are desperately struggling to keep it...