On February 10, the United States turned over four Cessna 172 Skylark planes to the Philippine Naval Air Wing based in Sangley Point, Cavite as part of a Php298.1 million ($5.8 million) grant under the Foreign Military Financing (FMF) program.

The Cessna planes will be used to train new naval aviators, as well as to maintain the capabilities of current pilots and the technical expertise of aviation mechanics.

The February 10 delivery completed the transfer of the four Cessna planes that arrived and were reassembled on location in December 2021.  Prior to the aircraft’s delivery, the United States provided pilot and mechanic training to 24 Philippine service members in Kansas City, Kansas in August and September 2021.

The entire package also included the shipment of spare parts and an integral logistics support package, and will conclude with the scheduled delivery of three U.S.-sourced Robinson R44 helicopters in late 2022.

“These air assets will significantly improve the navy’s ability to prepare naval pilots for the crucial task of monitoring and safeguarding our maritime territories and domain,” said Philippine Secretary of Defense Delfin Lorenzana.

“As we rejoice over this milestone, we also recognize the productive and enduring relationship between the United States and the Philippines, which is the key to the success of this acquisition program,” Lorenzana added.  “We acknowledge our shared commitment to help preserve the peace and security in the Indo-Pacific region.”

In the past two years, the United States has provided $110 million (Php5.65 billion) in grant assistance through FMF, specifically to support the Philippines’ sovereignty and modernization efforts. 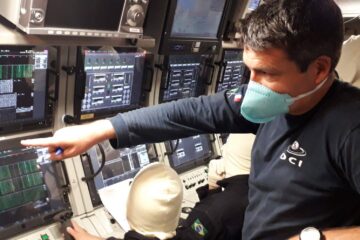