“We plan to deliver state-of-the-art vessels to the South Korean navy by cooperating with Babcock on developing core technologies.”

The company also said in a statement that cooperation with Babcock will help make it more competitive in the export market.

Babcock was part of the “Aircraft Carrier Alliance”, the consortium of companies which delivered the Queen Elizabeth-class aircraft carriers to the Royal Navy. This has led some observers to speculate that the MOU signed between Babcock and DSME will involve cooperation on the latter’s bid forCVX, South Korea’s aircraft carrier program.

DSME is currently competing against HHI to secure the contract for CVX. The company revealed its aircraft carrier design at MADEX 2021. The ship, which has a twin-island design, looks very similar to the Queen Elizabeth-class but lacks a ski jump. If built, it will have a maximum displacement of over 40,000 tons, be able to carry around 20 F-35Bs, and will enter service in 2033. However, CVX faces an uphill battle to secure more funding, with the program being axed last November only to be revived by the ruling party the following month.

Babcock is also the primary supplier of weapon handling and launch systems to the Royal Navy’s submarine fleet. With DSME attempting to increase its share of the export market by offering the DSME-2000 and DSME-3000 submarines to foreign customers, such as India, it seems likely that the company will seek assistance from Babcock to gain a competitive edge. 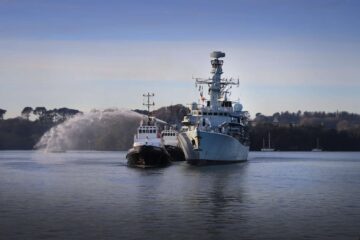 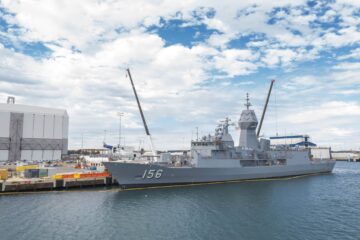