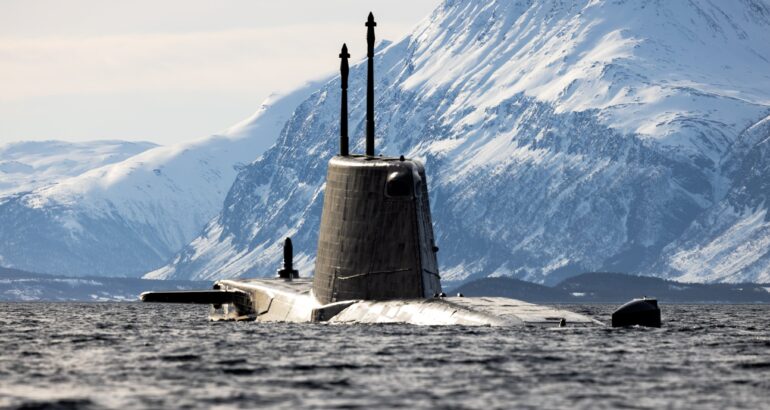 The Astute-class submarine, HMS Ambush, is in Grotsund near Tromsø to familiarise the Royal Navy with submarine supply facilities in the Arctic.

The Faslane-based Fleet submarine is the first British boat to use the new facilities, which have been made available by Norway to its NATO allies.

Ambush, which is the second of four operational Astute-class submarines (three more are under construction) of the Royal Navy, has been working extensively in Norwegian waters over the past month, joining Norwegian-led training, including Cold Response, the largest Arctic exercise staged by Norway in three decades.

Among the key roles Ambush played: serving as a launchpad for stealthy raids by Royal Marines in small boats in the Lyngenfjord, to the east of Tromsø, as well as training tomorrow’s submarine skippers by hosting the ‘Perisher’, the Submarine Command Course, which determines whether British or allied officers possess ‘the right stuff’ to serve as a boat’s executive or commanding officer.

Ambush is paying a short visit to the port, taking on fresh supplies before resuming patrols.