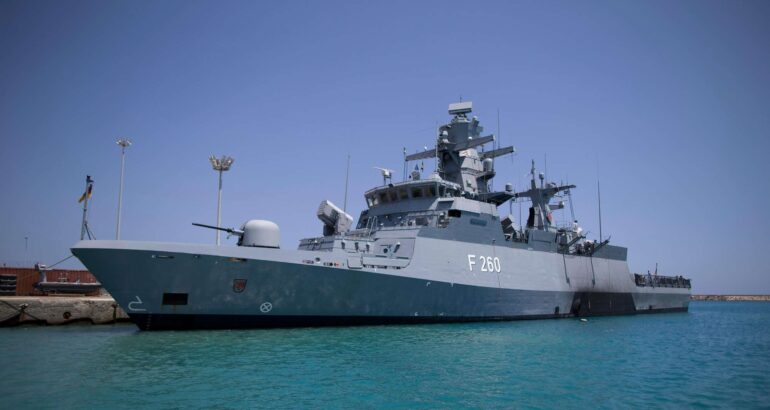 OSI Maritime Systems (OSI) announced that it has been selected by ARCHE Systeme GmbH (ARCHE) to provide an Integrated Navigation System (INS) upgrade to the Federal German Navy's K-130 Batch I Corvettes Program, powered by ECPINS. The contract includes INS for the corvettes and land-based test and training sites (Landanlage).

ECPINS forms the heart of OSI’s IMO type-approved Integrated Navigation System – MSC 252(83) and as for the F-126 programme, will be fully compliant to Edition 3 of the the NATO WECDIS STANAG 4564. It is the leading WECDIS among NATO and Allied navies and represents over 35 years of continuous development.

“It’s an honour to be once again working on a German Navy program and closely partnering with ARCHE. This is an upgrade program to existing vessels. Once completed, the corvettes will share the same commonality, scalability and ECPINS navigation performance that will be exhibited in the F-126 as well as with that of other NATO and Allied customers.”

The ECPINS family consists of versions for Surface Ships, Submarines and High-Speed Small Craft, enabling fleet commonality, interoperability and reduced maintenance and training costs. In addition, ECPINS and OSI’s INS underlying technology allows for integration into an array of other warship systems. As part of this program, the INS will be integrated into the existing bridge to provide the Position Navigation and Time (PNT) for all the K-130 systems and networks.

“This advanced system offers the Navigation Officer immediate access to mission-critical capabilities for safe navigation. ECPINS is ideally suited to the German Navy, which participates in operations with other NATO and Allied navies. The benefits of a multinational Fleet navigating using the same technology significantly improves interoperability that enables a common information exchange between navies and delivers efficiencies that enhance safe navigation in difficult tactical scenarios.”