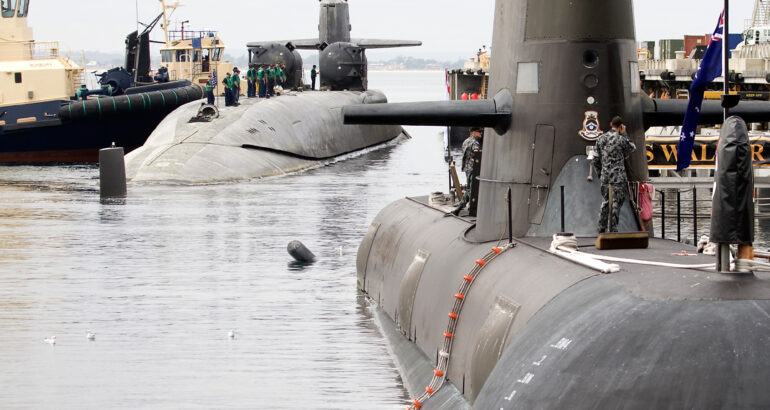 A new bill before the U.S Congress would pave the way for Australia to develop a nuclear submarine-qualified officer corps. Introduced by the bi-partisan AUKUS Caucus the “Australia-U.S. Submarine Officer Pipeline Act.” would select at least two Royal Australian Navy officers each year to train with their American counterparts.

Initially, the Australian officers would attend the Navy Nuclear Propulsion School, before completing the Submarine Officers Base Course. Upon completion of their training, the officers would then be assigned to operational duty aboard a U.S nuclear-powered submarine. The initiative would help Australia develop a nuclear-qualified officer corps, ahead of actually beginning nuclear submarine operations (which is hoped for the late 2030s or early 2040s but realistically this seems like a very challenging schedule).

An Australian Department of Defence spokesperson told Naval News that:

The bill comes amid increasing speculation about the design of Australia’s future submarine.

While experts have disputed the feasibility of the claim, it does look increasingly likely that Australia will opt for an American design. Training Australian submariners in American schools and aboard American vessels is likely another sign of Australia’s intent to pursue an American design. Especially given the different crewing models employed by the U.S and UK.

Australia’s new Defence Minister, Richard Marles, recently conceded that the delay in replacing Australia’s six Collins-class submarines represents a capability gap. He told the Sydney Morning Herald that his mind was “open” to options to fill the gap, and didn’t rule out investigating the feasibility of acquiring an interim conventionally powered submarine.

Currently, the Department of Defence continues to insist that the Collins life of type extension (LOTE) will sufficiently extend the boats’ lives until the introduction of nuclear-powered submarines. However, the sheer age of the vessels, as well as the limited fleet size makes this claim contested at best.

Despite this denial, it’s clear that several major submarine manufacturers are positioning themselves to fulfill any future requirement.

It’s worth noting that at the recent INDO PACIFIC maritime exposition, Saab was displaying a model of its A26 submarine, likely aimed at a potential Australian requirement. When asked, Saab told Naval News that:

“Saab has a long-lasting cooperation with ASC and continues a good dialogue. We are looking forward to working closely with ASC also in the future to secure submarine capabilities for Australia.”