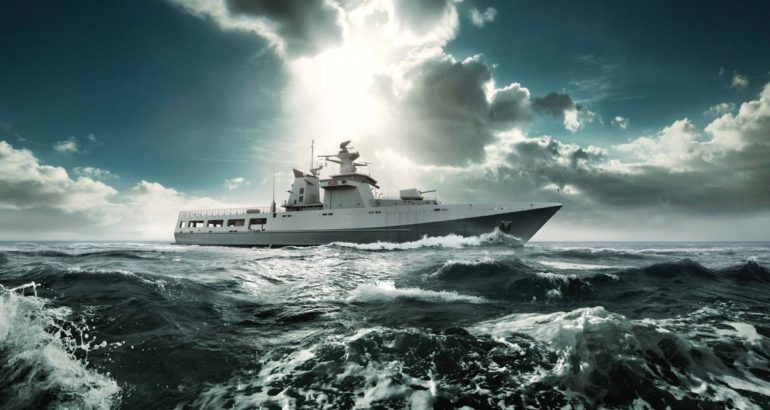 In another exciting development for the Arafura Class Offshore Patrol Vessel (OPV) Program, construction has officially started on OPV 6.

The first piece of steel has been cut in Henderson, WA, for what will be known as HMAS Carpentaria.

Luerssen Australia now has six vessels under construction in South Australia and Western Australia. Overall, the company will deliver 12 OPVs to the Royal Australian Navy.

“The commencement of construction on OPV 6, is another pivotal point in the Arafura Class OPV Program. It is a testament to the efforts of everyone involved in the Program that construction is underway on vessel number six, as we continue to work on five other vessels across two sites in Osborne and Henderson. We are extremely proud of the progress we have made on the Program, and there is no doubt the strength of our sovereign supply chain has been critical in helping us achieve this milestone.”

Luerssen Australia is embedding almost 150 years of shipbuilding and sustainment knowledge into the Australian supply chain.

“By supporting local suppliers, we are helping develop their capabilities which is creating a more robust supply chain.”

Construction on the first OPV to be built in Australia began in March 2020. This will be the third of twelve Arafura class OPVs, and the first built at the Civmec Construction & Engineering shipyard in Henderson, Western Australia.

The primary role of the 1640 tonnes OPV will be to undertake constabulary missions, maritime patrol and response duties. State of the art sensors as well as command and communication systems will allow the OPVs to operate alongside Australian Border Force vessels, other Australian Defence Force units and other regional partners.

For the potential mine counter measure (MCM) variant, the design, based on Luerssen’s OPV 90 could easily serve as unmanned systems mothership: Toolboxes and mission containers can be fitted below the flight deck. The OPV design also features a stern ramp to ease the launch and recovery of a potential USV.