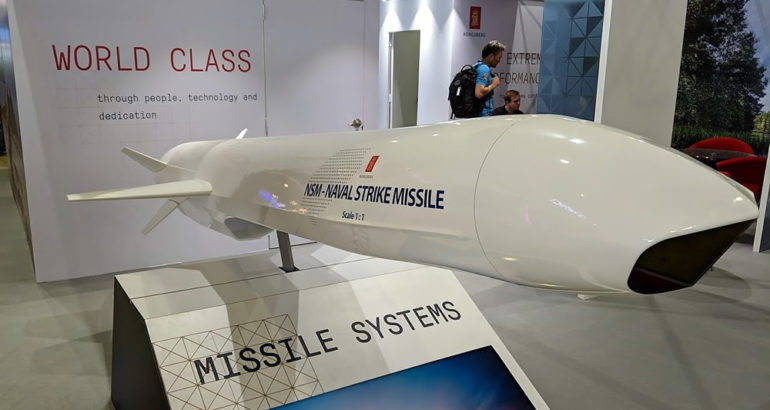 The order is related to the OTH WS framework agreement announced 31 May 2018 with a total cumulative scope of BNOK 7.8 (~793 million). So far, KONGSBERG has received orders for MNOK 1 762 (~$180 million) under this framework agreement.

Raytheon is the prime contractor to the US Navy.

“We register a significant increase in the annual call-offs. This creates jobs and demand for increased production capacity, both for us and our suppliers. As announced at KONGSBERG’s CMD in June, the company has started a significant investment in a new missile factory.”

Øyvind Kolset, Director of the Missile Systems Division of Kongsberg

The OTH-WS program is a long-range, surface-to-surface warfare system intended to engage maritime targets both inside and beyond the radar horizon. The system consists of an operator interface console, Naval Strike Missile (NSM), and the Missile Launching System.

The OTH-WS is a stand-alone system requiring minimal integration into the host platform. The OTH WS will receive targeting data via tactical communications from combatant platforms or airborne sensors and requires no guidance after launch.