With Turkish Naval Forces Command’s new HUET Facility, trainings will be provided for the following purposes;

In addition, thanks to HUET and its peripheral utilities, which is equipped with more advanced features compared to similar facilities, there will be the opportunity to export services to other countries.

Training on rescue from a helicopter crashing into the sea or a plane crash landing in the water is considered to be among the most important and specialised skills for military personnel as well as civilian personnel working in marine deployed areas such as oil facilities.

Meteksan Defence, which has previously created up-to-date and modern solutions in its field with its Damage Control and Fire Fighting Training Simulators and has achieved significant recognition abroad with its export successes, has successfully completed the HUET Simulator Project following the contract signed with the Defence Industry Agency.

The delivery of the systems deployed within the Naval Air Command, was realised in 2022.

Thanks to the HUET Simulator Project, military and civilian personnel in Turkey will be trained at international standards in a modern facility.

Within the scope of HUET, the simulator system consists of crane(s), platforms, and ancillary systems. As a complementary component of this, there is the construction of a building consisting of a pool, pool installation and technical room, administrative and social spaces.

The pool has a wave generation and sprinkler system with adjustable intensity in order to reflect the environmental effects during the trainings, lighting that allows day/night separation, sound system, fans to simulate wind and helicopter blade effects.

In addition, the following training programmes can be offered at HUET facility, either independently or in coordination with each other: 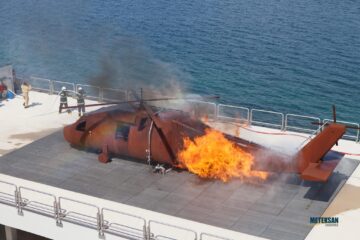 Tayfun Ozberk 14 Jul 2022
Meteksan has been developing simulators to provide navies with an effective, cost-efficient, and safe training environment... 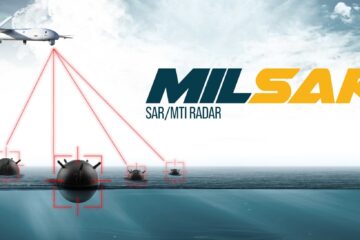