Turkey's RMK Marine Shipyard laid the keel of Ukraine’s first Ada-class corvette during a ceremony held in Istanbul on 07 September. The ceremony was attended by a delegation from the Ministry of Defense, led by Commander of the Ukrainian Navy, Admiral Oleksiy Neizhpapa. 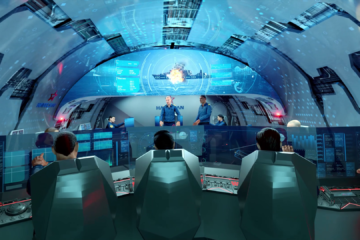 A new and futuristic Combat Information Center concept for next-generation submarines was unveiled by the Turkish defense company HAVELSAN at the IDEF 2021 exhibition, which took place in Istanbul between August 17 and 21, 2021.

QTS 91 Al Doha, the first of two military training ships built by Anadolu Shipyard for the Qatari Navy, was delivered on August 25, 2021.

The TF-2000 air defense destroyer (ADD) project was one of the most talked-about subjects leading up to the IDEF 2021 defence industry expo in Istanbul, which took place between 17 and 20 August 2021.

The point defense missile systems (PDMS) developed by Turkey's two leading defense companies, Aselsan and Roketsan, were on display at the International Defense Exhibition and Fair (IDEF 21) in Istanbul, which took place between August 17 and 20. 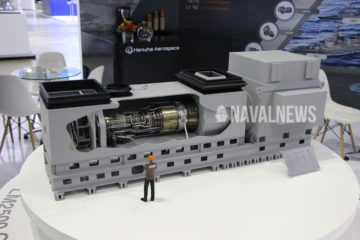 Meteksan Defence, which was assigned by the Defence Industries Presidency of the Republic of Turkey with the approach of "Turkey's Underwater Center of Excellence", transfers its sonar capabilities for surface platforms to submarine platforms.