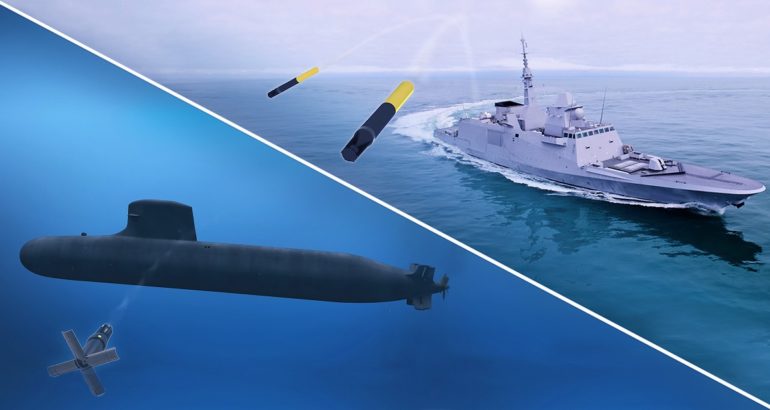 On Monday 17th October, the representatives of the Department of National Defence for the Philippine Navy and Naval Group have conducted the Pre-Delivery Inspection (PDI) of CONTRALTO® reaction module in France. This milestone enables the installation of CONTRALTO® into the C-Guard decoy launching system of the two frigates.

On 1st December 2021, Naval Group was notified of its first contract in the Philippines by the Department of National Defence for the Philippine Navy. Naval Group will provide anti-torpedo defence system based on CANTO®/CONTRALTO® countermeasures solution to equip the two Jose Rizal-class frigates.

CANTO® is the latest countermeasure generation in the defence industry. This breakthrough in the field of anti-torpedo defence applies a unique concept to defend the frigate. It is based on the dilution/confusion concept to defend high value and mission essential units by generating a highlevel acoustic signal over 360-degree, covering the full frequency range of the attacking torpedo.

This anti-torpedo system is fitted with its associated reaction module Contralto®, which computes the most appropriate evasive manoeuvre and deployment sequence once a threat is detected.

CANTO® and CONTRALTO® are worldwide references already in service in the French Navy and in many foreign navies.

Naval Group has announced the opening of its office in Manilla in late 2020. The company’s extensive portfolio opens many opportunities to address the entire range of Philippine naval needs from development of the naval forces to the constitution of a world-class submarine force.