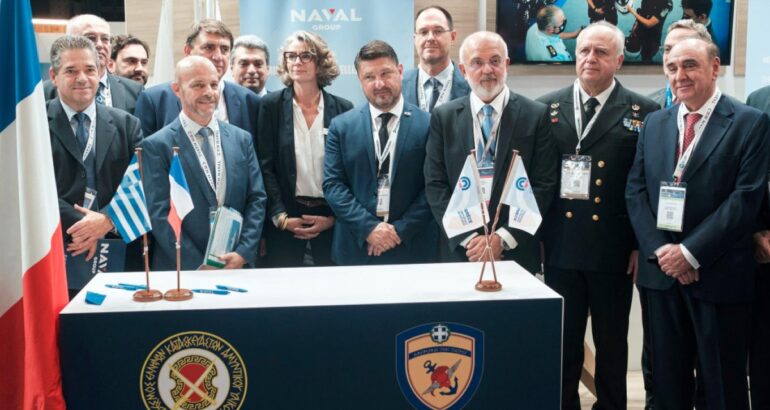 Signing ceremony of the contracts at EURONAVAL 2022 (Naval Group photo)

On 18th October 2022, on the Greek pavilion at Euronaval, Naval Group signed several contracts with Hellenic companies. These contracts further reinforce the relationship between Naval Group and its Greek partners and demonstrate the Group’s commitment to develop and structure a strong industrial cooperation with the Hellenic industry.

Naval Group to contribute to naval and industrial autonomy in Greece

This commitment goes beyond the frigates program. Naval Group is committed to building strong and long-term partnerships to support the Hellenic Navy and to contribute in the development of the naval warfare capabilities of the Hellenic Industry.

Naval Group is particularly proud to announce that significant parts of the FDI, hull blocks, will be produced in Greece by SALAMIS SHIPYARDS.

So far, Naval Group has signed about twenty contracts in total with fifteen Greek companies since the start of the FDI HN program in March 2022.

In addition, all qualified Greek companies will integrate Naval Group’s supply chain and have the possibility to participate to other programs and future international tenders, thus increasing their capabilities as well as their potential economic benefit and visibility on the worldwide naval market.

Beyond Naval Group, the FDI program supports the investment in Greece of several French naval companies to develop partnerships with Greek industry, creating added-value and jobs for decades to come. The FDI program already fostered the rapprochement of the two naval sectors with the GICAN and SEKPY by signing a partnership agreement in February 2020.

As an example, the contracts with MAREL and SIMON TECHNOLOGIES are made via THEMYS, a French subcontractor of the Group, which will outsource part of its production in Greece. This shows that the cooperation with the Hellenic industry is not only supported by Naval Group but also by the whole FDI France naval ecosystem.

Furthermore, some of the contracts signed are not only related to the FDI HN program such as the one with VIKING NORSAFE HELLAS which will produce RHIBs (Rigid-Hulled Inflatable Boats) of the FDI for Hellenic Navy and also for other export programs. This demonstrates Naval Group’s trust in its Greek partners which the company considers as long-term partners with whom it is working to build the future of the Hellenic and French naval industries.

In this approach, Naval Group carries out also “On Job Trainings” in favour of Greek companies to enhance their capabilities, in a perspective of long-term cooperation on strategic products that require advanced skills on the state-of-art project. 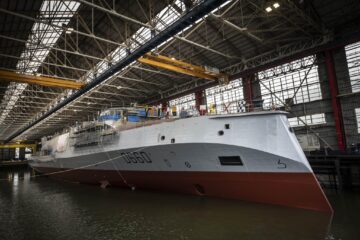