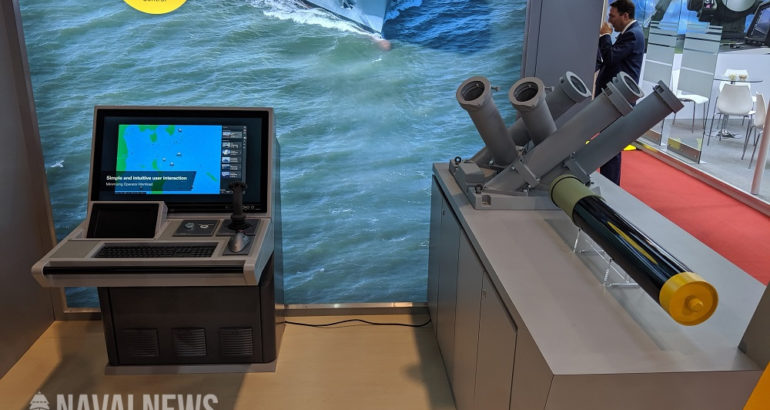 During a signing ceremony in Surabaya, Indonesia, Terma was officially awarded the contract for delivery of a complete C-Series Combat Suite for four KCR-60 vessels of the Indonesian Navy (TNI-AL).

The scope of supply for each of the vessels will include Terma’s C-Flex Combat Management System, SCANTER 4603 X-Band radar, C-Guard Decoy Launching System, C-Fire Electro Optical Fire Control System, and full system integration of shipborne sensors and effectors such as naval guns and missile systems. In addition, Terma will assume the role of Combat System Integrator (CSI).

“Terma supports Indonesia’s ambitions and aspirations of developing its own defense industry. Transfer of Technology and growing together with our partners are in line with the business philosophy of Terma. We have already, together with a local partner, established a local Combat Management System development center based on our C-Flex solution. This will further empower and also enable us to better support our Indonesian customers, and we look very much forward to further strengthening the collaboration with non-defense and defense partners in Indonesia,”

Prior to the signing ceremony, the state-owned Indonesian shipyard PT PAL and the Indonesian Ministry of Defence (MoD) on 28 December 2018 signed a contract for the upgrade of two KCR-60 fast attack crafts with new Combat Management Systems (CMS) and also for the construction of two additional vessels to be equipped with the same CMS. PT PAL will act as the platform system integrator.

Indonesia holds a key role
Since the opening of Terma’s subsidiary in Singapore in 2007, Indonesia has played a key role in the regional development of the company in Asia Pacific. As an archipelagic country with over 50,000 km of coastline, Indonesia holds many opportunities for Terma. The country’s dependency on sea transport for both domestic and international trading links represent a major axe of development for Terma’s Security and Mission Systems capabilities in the country.

Terma already has several systems in operation in Indonesia, both on land and at sea. SCANTER radars are operated by the Indonesian Maritime Security Agency (BAKAMLA), the Indonesian Sea and Coast Guard (KPLP), the Directorate General of Sea Transportation, TNI-AL and Jakarta Soekarno–Hatta International Airport. TNI-AL has also chosen the C-Guard Decoy Launching System to protect several strategic vessels of its fleet.