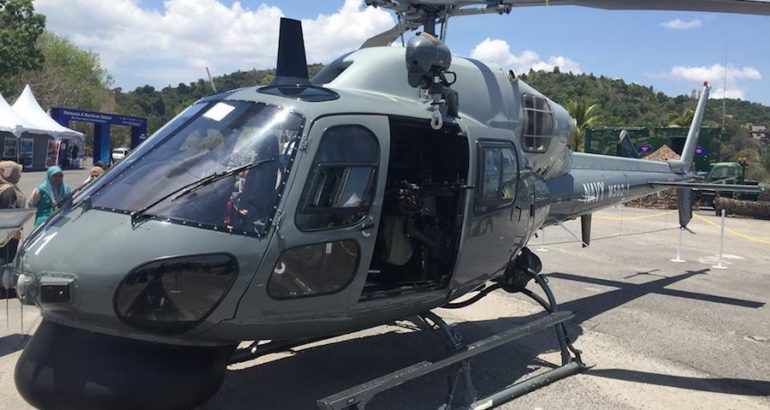 The RMN received its first Fennec helicopter on 30th March 2004 and the other five helicopters were delivered in phase with the last aircraft received on April 2004. All six rotorcraft are being operated by the 502nd Squadron, which is carrying training, surveillance, MEDEVAC, SAR, fire support and SOF support missions.

The Fennec fleet has the best aviation safety record against any Malaysian agency with 19,000 flight hours without any accident.

IN 15 years of service, the 502th Squadron participated in hundreds of operations involving intra-RMN, inter services, bilateral and multilateral exercises. It also involved the Operation Fajar, which was carried out in the Gulf of Eden to secure trading ships route. Among other successes, the Fennec participated into defeating Somali pirates attempt from robbing the Indian ship MV Abul Kalam Azad. In January 2011, the MV Bunga Laurel chemical tanker that have been hijacked by Somali pirates was successfully taken over by the RMN PASKAL naval special forces. A 502nd Squadron Fennec took off from the MV Bunga Mas Lima auxiliary ship to provide the ground troops with a fire support.

The RMN 501st Squadron is operating a fleet of six Super Lynx Mk 100 helicopters and has logged more than 10,000 flight hours without fatal accidents. « This significant milestone proves the helicopter’s capabilities and reliability as well as the professionalism of the crews in meeting demanding tasks throughout these years », the RMN said.

The RMN received its first Super Lynx on 3rd March 2003 and the other five helicopters were delivered in phases until June 2004. These helicopters were the first to be fitted with the CTS800 engine, which now powers the AW 159 multirole maritime helicopter. The Super Lynx primary missions are Anti-Surface Warfare, Anti-Submarine Warfare, Surface Surveillance and Over the Horizon Targeting. In addition, it performs a wide range of secondary missions, such as SAR, MEDEVAC, and Special Operations Support. Currently, the Super Lynx operation and maintenance are carried out by a RMN unit consisting of 8 pilots, 8 TACCOs, 9 Air Quartermasters, 2 engineers and 89 technicians.

Among hundreds of operations and exercises, the Super Lynx choppers were involved in the incident of the MV Nautica Johor Bahru tanker in the South China Sea by locating and intercepting the hijacked vessel. Up to now, the 501st Squadron achieved 10,210 flying hours and conducted 4,372 deck landings onboard moving ships without accident.