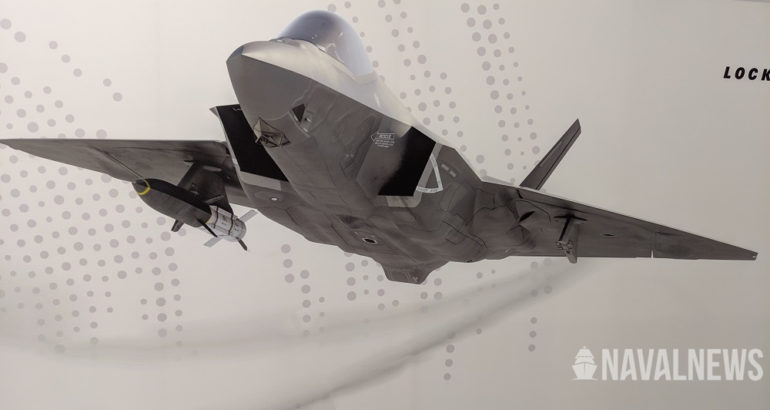 Lockheed Martin would not disclose too many details, but a representative explained that this new missile draws from experience gained by the company with previous hypersonic projects such as HTV-2, a scale model of which was also present on Lockheed Martin’s booth at SAS 2019.

Hypersonic Technology Vehicle 2 (HTV-2) is an experimental hypersonic glide vehicle developed as part of the DARPA Falcon Project capable of flying at Mach 17.53 or 21,000 km/h. It is a test bed for technologies to provide the United States with the capability to reach any target in the world within one hour (Prompt Global Strike) using an unmanned hypersonic bomber aircraft.

HTV-2 was flight tested twice, in April 2010 and August 2011. HTV-2 reached Mach 20 in both tests but lost telemetry earlier than planned.

The artist impression on the Lockheed Martin stand at SAS 2019 shows the weapon being launched from a US Navy F-35C carrier-based aircraft. The weapon features a large booster.