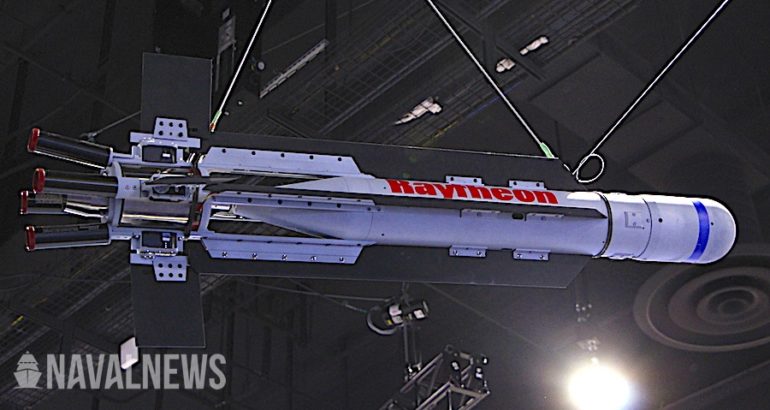 Raytheon has for the very first time publicly introduced the Block 2 variant of its Coyote anti-UAS system at this year’s Sea Air & Space exposition. Intended to be officially proposed for any US air defense program, « the Coyote Block 2 is a game changer in the field of targeting UAV or even bigger targets », Naval News learned.

Raytheon was contracted in July 2018 by the US Army for the delivery of an undisclosed number of Coyote Block 1B expendable drone. In the meantime, the US missile maker has been developing a more advanced, Block 2, variant.

Raytheon dropped the Block 1 foldout tandem wings and tail fins to adopt a more conventional « missile-style » configuration. The Coyote Block 2 specifically features improved sensors and rocket motors to significantly increase maneuverability. Propulsion relies on one jet engine, deeply improving speed and loiter time to engage larger and further targets. The Block 2 variant will be faster and have greater range compared to the Block 1.

But improving the Coyote doesn’t translate into a massive cost increase. The Coyote 2 has been designed as « a very low cost missile ». The reduced price is achieved by using COTS commercial off the shelf components.

The Coyote Block 2 is a lightweight solution intended to be fitted on light, fast reaction military vehicles. A Block 3 variant is planned, with even more capabilities.