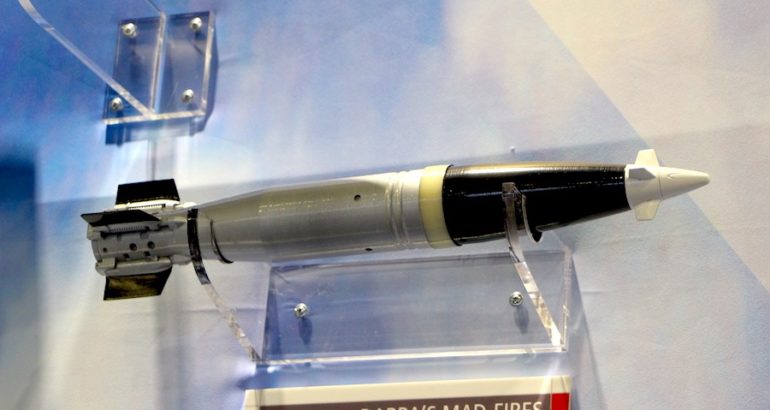 The MAD-FIRES « is essentially a missile but it comes out of a 57 mm caliber gun », explained Raytheon at SAS 2019. If fielded, this capability will combine the speed, rapid fire and depth of a gun weapon system with the precision and accuracy of guided missiles. Mostly an anti-air weapon, this hit-to-kill shell is supposed to defeat simultaneous oncoming cruise missile threats, anti-ship missiles, unmanned aerial vehicles, as well as other threats on the same time.

Trade study for the MAD-FIRES started in 2015, followed by a first development contract signed in February 2016. The MAD-FIRES is not a program of record for Raytheon for now, which is working with DARPA to develop it. It is designed to be cost effective.

« In February we did some rocket model tests so we were be able to launch the projectile under the gun propelled by the rocket motor. All of those tests were successful, they perform exactly the way that we expected them to test. It shows that the projectile, the flight control surfaces, and the rocket motor all integrated together. Later this year or next year we will put in all that together for more tests », Raytheon added.

« The Navy is asking for leading-edge capabilities that can take out rapidly approaching targets, and Raytheon’s interceptor for the MAD-FIRES program will deliver, » said Dr. Thomas Bussing, Raytheon Advanced Missile Systems vice president. « This test shows Raytheon is right on track to provide an affordable, advanced technology to the fleet. » 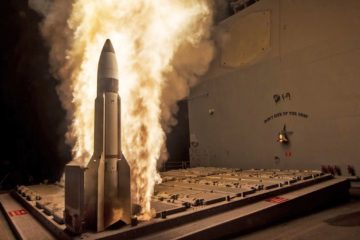