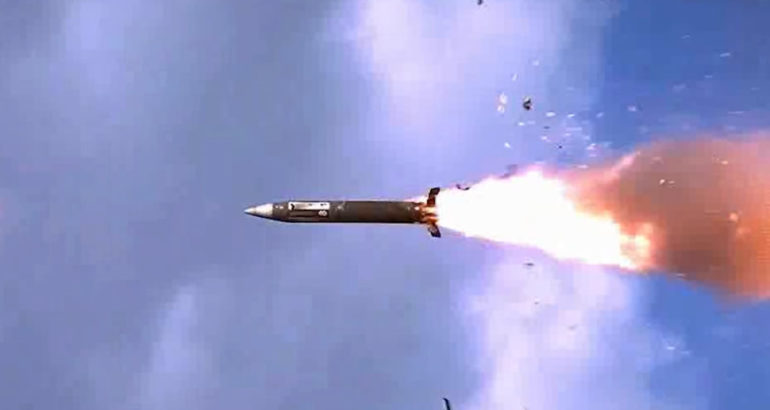 Excalibur N5 is the sea-based variant of the extended-range, precision munition used by ground forces around the globe.

Raytheon announced during Sea Air Space 2019 that, together with the U.S. Navy, they completed a new round of successful Excalibur N5 munition test firings. The precision-guided projectiles demonstrated various short, mid and long range capabilities.

Designed to be fired from the Navy’s five-inch guns, Excalibur N5 is the sea-based variant of the revolutionary, extended-range, precision munition used by ground forces around the globe. The Excalibur weapon provides accurate first-round effects at all ranges in all weather conditions.

“Excalibur N5 answers the Navy’s need for a sea-launched precision-guided projectile. N5 doubles the range of the Navy’s big guns and delivers the same accuracy as the land-based version.”

Excalibur is a true precision weapon, impacting at a radial miss distance of less than two meters from the target. Widely used by U.S. and international artillery forces, Excalibur has been fired more than 1,400 times in combat. The precision-guided projectile was co-developed by Raytheon Company and BAE Systems Bofors.

Besides N5, Raytheon has developed other variants such as the laser-guided Excalibur S, Excalibur HTK and Excalibur Shaped Charged Trajectory.