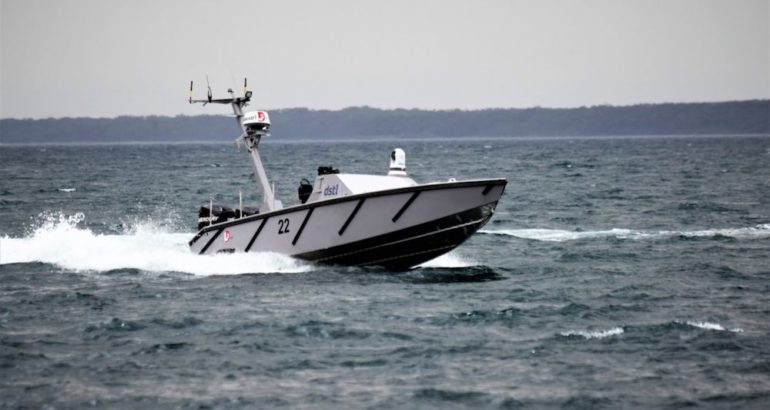 L3 ASV announced the completion of a series of demonstrations at the Australian Defence Showcase, Autonomous Warrior 18, in Jervis Bay, Australia. In support of the Defence Science and Technology Laboratory (Dstl), L3 ASV operated a 9-metre (30ft) vessel outfitted with advanced autonomous navigation capability for reconnaissance, interdiction and patrol tasks.

“The reliability and consistency of the system was solid proof of the use case for autonomous surface platforms for persistent inspection and tracking at range, particularly in challenging environmental conditions,” said Dr. Howard Tripp, Autonomous Systems R&D Lead, L3 ASV.

“There were instances where the weather dictated that manned vessels had to return to harbour – the autonomous vessel, by its nature, was not subject to these concerns and was able to operate normally. This is where the real value in autonomy lies,” he continued.

“The exercise successfully showcased an integrated system of systems approach to executing autonomous defence tasks with little or no human intervention,” added Ian Campbell, Defensive Surface Warfare, Platform Systems Division, Dstl. “The ability to interface with the Maritime Autonomous Platform Exploitation (MAPLE) system, coupled with the reliability of the vessel system, was key to the success of this demonstration.”

L3 ASV is a world-leading developer of autonomous vessel technology. The company has delivered more than 100 systems, which are now deployed all over the world in the service of the defence, oil & gas, and scientific sectors. L3 ASV is among the industry’s most experienced, tested and successful developers, employing the smartest brains and the most agile minds to deliver safe, efficient and reliable solutions.