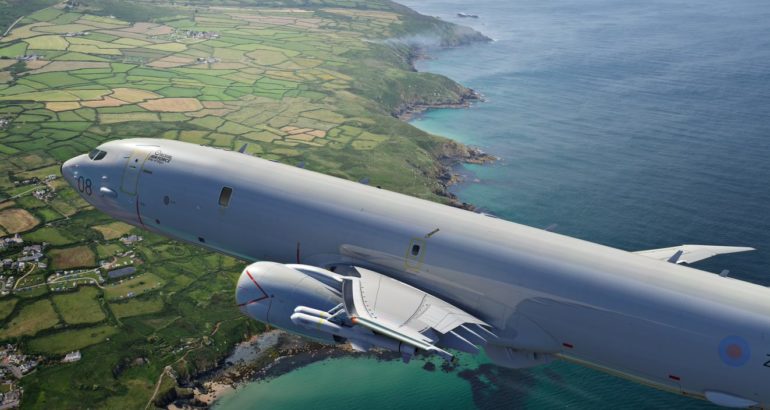 A computer-generated image of the P-8A Poseidon in RAF Livery. RAF picture.

The initial cadre of 38 personnel, drawn from RAF Lossiemouth, are a mix of aircrew and engineers and will be trained on the US Navy training squadron, Patrol Squadron 30 (VP-30). RAF personnel will be trained in the USA during the next three years before the RAF transitions to train all their P-8A Poseidon personnel in the UK at RAF Lossiemouth. Each training course is tailored to the role and trade of the trainee and takes approximately 6-months to complete.

“It is really exciting to be among the first cohort of RAF aircrew and engineers to begin conversion to Poseidon, the people we have are among the most experienced in the RAF.  This is the best maritime patrol aircraft available; a potent deterrent to our adversaries and a dependable asset for the United Kingdom and our allies.  The commencement of our training marks the start of a new chapter for the RAF and a vital enhancement to our military capabilities in the maritime environment.”

VP-30 trains over 600 students per year as well as overseeing the US Navy transition from P-3 Orion to P-8A Poseidon MPA for all the US Navy’s front-line squadrons.  Despite such a large workload, the squadron is excited and eager to train its oldest allies – the RAF.

The group of RAF personnel that arrived during the first weeks of January are a mixture of pilots, Weapon Systems Officers and groundcrew.  Each training section will have up to 50 visiting personnel and last about six months.  The final US-based training session should conclude around the summer of 2021.  The RAF will procure a total of nine Poseidon aircraft which will be based at RAF Lossiemouth from late 2020.