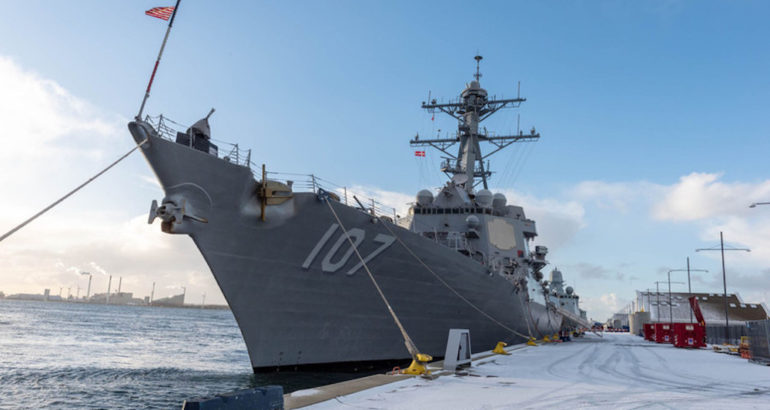 A US Navy Admiral has assumed command of NATO’s Standing NATO Maritime Group (SNMG) 1, taking over from a Royal Danish Navy Commodore.

In a ceremony marking the hand-over in Copenhagen on Monday (14 January 2019), Rear Admiral Edward Cashman of the US Navy said: “The North Atlantic is a bridge that connects the Allies, not a barrier that separates them. That connectivity is even stronger today and more important than ever to our security and to our prosperity.”

NATO’s standing naval forces are integrated into the NATO Response Force, and provide the Alliance with a continuous presence at sea. These multinational forces regularly carry out patrols, exercises and port visits, work with partners, and can be rapidly deployed in times of tension or crisis. They also support the Alliance’s Aegean deployment – helping to cut lines of illegal migration between Greece and Turkey.

SNMCMG1 is now led by Danish flagship HDMS Thetis, joined by Germany’s FGS Dillengen; and SNMCMG2 is under German command, with the FGS Werra serving as flagship.