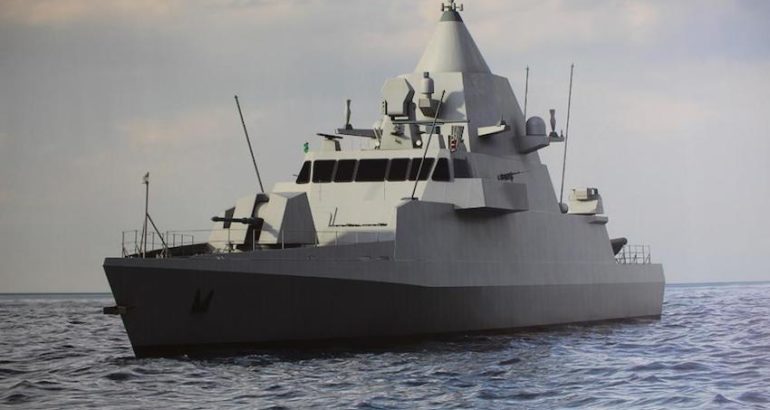 A rendering of the Qatari Navy future OPV (Credit: Fincantieri)

In the awarding of this prestigious contract, Fincantieri has prevailed over other competitors thanks to a project recognized as the most advanced and innovative of all and an experience gained in the construction of hi-tech vessels.

The contract, amounting for Fincantieri to approx. 4 billion euros, envisages the supply of seven surface vessels, of which four corvettes, one amphibious vessel (LPD – Landing Platform Dock), and two patrol vessels (OPV – Offshore Patrol Vessel) as well as support services in Qatar for further 10 years after the delivery of the vessels. All the units will be entirely built in Fincantieri Italian shipyards.

The first patrol vessel, of which the first steel was cut today, is designed consistently with the RINAMIL for Fast Patrol Vessel (FPV)  rules and will be a flexible type of ship capable of fulfilling different kinds of tasks, from surveillance to being a fighting vessel. It will be about 63 meters long, 9.2 meters wide, with a maximum speed of 30 knots  and it  will be able to accommodate on board 38 persons of the crew.

The propulsion system has four variable pitch propellers, two to starboard and two to the left, each in line with a diesel propulsion engine.

Furthermore, the vessel will be capable of operating a RHIB (Rigid Hull Inflatable Boat) through a crane located at the stern.

Leonardo is responsible for the integrated supply of the new naval units’ combat system (Athena), main radar system (Kronos) and on-board sensors and defence sub-systems, including the fire control system.