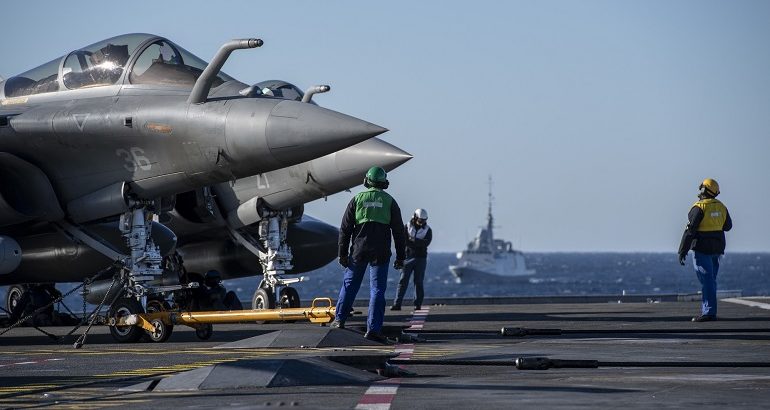 The French Navy (Marine Nationale) announced that aircraft carrier Charles de Gaulle and its strike group set sails on February 3rd to participate in a large-scale combined exercise dubbed FANAL19. The goal of FANAL19 is to achieve a high level of operational readiness and interoperability within an allied naval force.

The scenario of FANAL19 calls for the CSG (Task Force 473) to face multiple threats in order to carry out naval air operations in multiple domains (projection of air-land power and anti-submarine, anti-surface and anti-air warfare).

Units deployed as part of the TF473:

The Charles de Gaulle is set to deploy to the Indian and Pacific oceans by the end of the Month or early March.