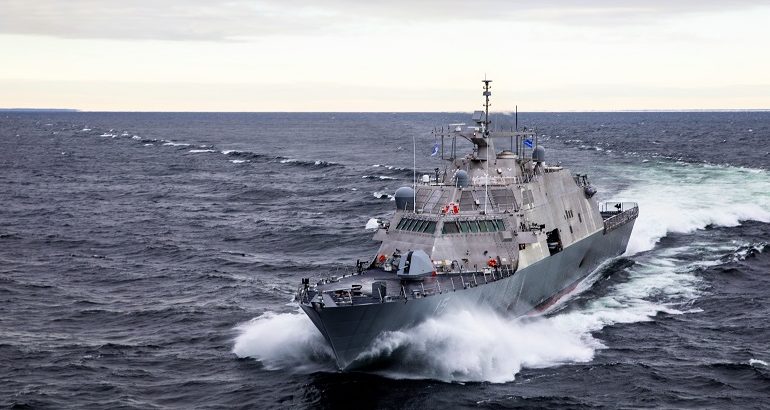 
“We are proud to support the U.S. Navy surface fleet with delivery of another highly lethal and agile littoral combat ship. The Lockheed Martin-led industry team has hit its production and efficiency stride, and we know LCS will fulfill critical missions around the world for many years to come.”

Six ships are in various stages of production and test at FMM. The next ship in the class, the future USS Indianapolis (LCS 17) will complete trials and be delivered this year. In addition, the Lockheed Martin-led team will begin construction on the future USS Marinette (LCS 25) this spring.

The LCS is a highly maneuverable, lethal and adaptable ship, designed to support focused mine countermeasures, anti-submarine warfare and surface warfare missions. It is enabled with the COMBATSS-21 Combat Management System, built from the Aegis Common Source Library, which drives commonality among the fleet. The Freedom-variant LCS integrates new technology and capability to affordably support current and future mission capability from deep water to the littorals.