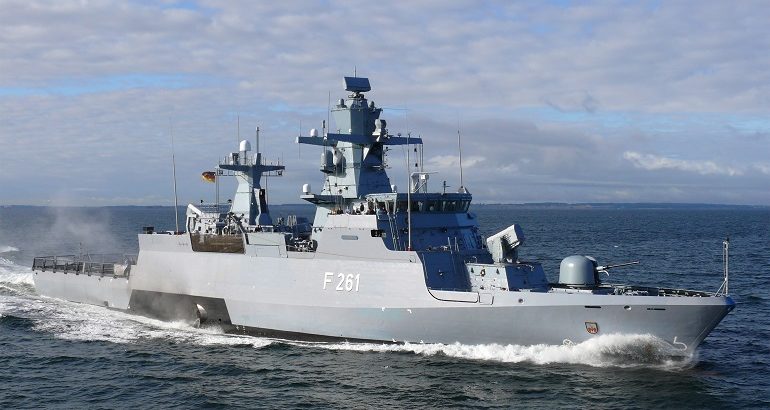 The K130 Batch 2 Corvettes will be fitted with TRS-4D radars and IFF systems from HENSOLDT and MIRADOR Mk2 EO Systems from Thales Deutschland.

HENSOLDT was awarded a contract to deliver 7 TRS-4D radars and 7
Identification, friend or foe (IFF) systems. The systems will be fitted on the 6 K130 corvettes (ships 6 to 10) of the second batch. The additional (7th) systems are intended to be fitted on a shore based facility for testing purposes. The estimated total order value is 85 million Euros.

Thales Deutschland was awarded a contract to deliver 12 Mirador Mk2
Electro-optical systems as well as installation and integration services including necessary maintenance. The contact includes an option, for the delivery of 10 additional systems for the existing K130 corvettes of the first batch (ships 1 to 5). The estimated total order value is 58,34 million Euros.

TRS-4D is HENSOLDT Sensors’ latest member of the C-Band (NATO G-Band) naval radar family. It is available with a single face rotating antenna (the version selected for the K130 batch 2) and also as a four fixed-panel configuration.

According to HENSOLDT, it is based on the most advanced Gallium Nitride Active Electronically Scanned Array (AESA) sensor technology with multiple digitally formed beams, opening a new dimension for maritime missions.

It is fully flexible, using an innovative and unique combination of electronic scanning technology and mechanical rotation.

This allows for unprecedented surveillance and unmatched threat detection and tracking performance to extend mission success and platform survivability. TRS-4D supports the countering of conventional and asymmetric threats.

TRS-4D maximum instrumented range is 250 Km. The radar can track over 1,000 targets simultaneously.

The Thales MIRADOR is a surveillance, tracking and fire control system of a stealthy design, which will contribute to a ship’s effort to remain undetected. MIRADOR is designed for use on a wide range of platforms, from small patrol craft to large carriers, where it acts as an observation system and fire control director for distant optical investigation, as well as anti-surface and anti-air warfare.

The K130 Batch 2 will be fitted with MIRADOR MK2. Contacted by Naval News, a Thales Netherlands representative explained that the MK2 variant is an upgrade consisting in new cameras, with digital interface and new video processing. MIRADOR MK2 uses Commerical Off The Shelf boards.

Germany approved the procurement of five additional Braunschweig class (K-130) corvettes in June 2017 to answer new NATO requirements. The second batch of corvettes will be named Köln, Emden, Karlsruhe, Augsburg, and Lübeck. Atlas Elektronik and Thales Deutschland have been contracted to deliver the combat system for the five new K130 corvettes. 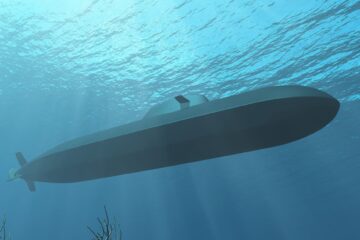