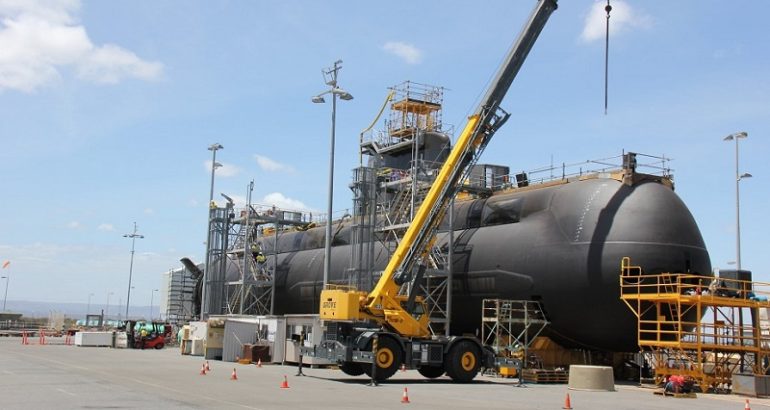 Schneider Electric announced that it has entered into an agreement with Australia’s sovereign submarine company, ASC, to support Collins Class submarine sustainment and plan for Australia’s Future Submarine program.

Schneider Electric is an established supplier to ASC of major power switching and circuit breaker equipment for Australia’s fleet of six Collins Class submarines. The collaboration boosts Australian industry’s capability to deliver effective long-term support to the Collins Class as well as support for the Future Submarine Program, expected to deliver the first Attack Class submarine in the mid-2030s.

ASC Chief Executive Officer Stuart Whiley said the collaboration would improve obsolescence management of key electrical equipment for the Collins Class, to remain in service into the 2030s, as well as explore opportunities for innovation and growth in support of future programs

“Schneider Electric in Australia is a trusted and reliable partner for ASC and the Collins Class program. This collaboration will lead to a closer relationship and better understanding so that we can meet the expected obsolescence management demands of coming years on the Collins Class platform,” said Mr Whiley.

As part of the collaboration, graduate engineers from Schneider Electric and ASC will spend time working in each company’s submarine-related operations, to foster understanding in support of submarine work in Australia and to further drive collaboration between the two organisations.

“At Schneider Electric, we’re encouraged to learn every day, and put our customers at the centre of our world. This experience gives me the opportunity to do both at once,” said Nicole Tang, Schneider Electric Graduate Engineer, currently working within the ASC team.

“Being able to work on the Collins Class submarine provides unparalleled opportunities to observe and understand how Schneider Electric’s products are integrated and how they’re solving real-world problems. There’s also the challenge of working on Australia’s most complex defence asset!”

Mr Whiley said ASC graduate engineers will have the fantastic opportunity to gain vital commercial experience with Schneider Electric – one of the world’s leading electrical equipment designers and manufacturers.

“In the longer-term, both ASC and Schneider Electric see the exchange of graduates as a significant step to growing Australia’s submarine engineering capability through the development of professional networks and shared experience.

“It is through collaborations like this one, with Schneider Electric, that ASC will grow Australian industry’s capacity to meet our sovereign submarine requirements in coming decades, across both Collins Class and Future Submarines,” said Mr Whiley.

The companies said the collaboration was aimed at achieving a future strategic support agreement between the two companies, strengthening long term planning and support of Collins Class sustainment and leveraging their expertise in support of allied segments, industries and future programs.

Xavier Vavasseur 30 Sep 2022
The Dutch "Walrus-class replacement program" reached an important milestone according to the ministry of defense of the Netherlands: The request for quotation is ready.

H I Sutton 14 Sep 2022
Since the beginning of the Ukraine Invasion in February, the Russian Navy’s four Improved-Kilo Class ...