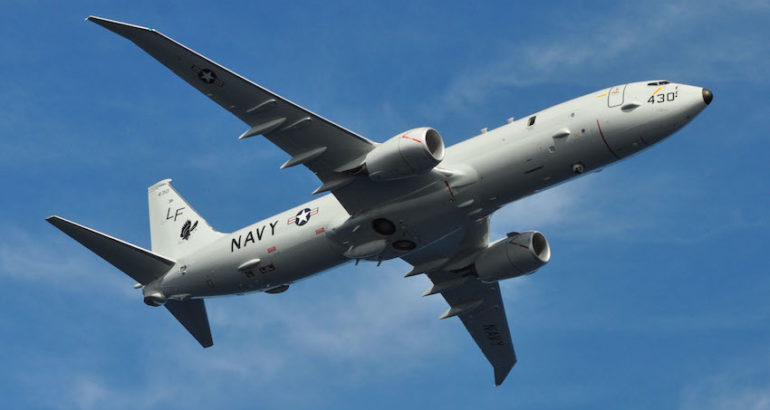 Boeing is awarded a US$326 million to develop, integrate and test Increment 3 capabilities into the P-8A aircraft for the US Navy and the Royal Australian Air Force (RAAF).

Work will mainly be performed in Puget Sound (Washington) and is expected to be completed in March 2024, the Pentagon added.

In June 2016, Boeing Defense was awarded a US$ 71.6 million order for the development, integration, and testing of increment 3 Block I capabilities. The Increment 3 standard is the third phase of an evolutionary acquisition program to replace the P-3C Orion.

The Increment 3 focuses on network ready open architecture and net-enabled weapons. The program consists in the integration of the Harpoon Block II+ anti-ship missile and Link 16 datalink, targeting improvements, and various communications upgrades. The P-8A already in service with the US Navy will all be retrofitted to the Increment 3 standard. The P8-A is expected to have a completely upgraded software by 2022, in time to become fully operational in 2023.

The RAAF has committed to acquiring 15 P-8A Poseidon aircraft. Up to now, 12 P-8A Maritime Patrol Aircraft have been approved for acquisition, and three are subject to normal Government Defence acquisition approval processes.

The first aircraft arrived in Canberra on 16 November 2016, and the remaining 11 will be delivered by March 2023. Initial Operational Capability (IOC) of the first eight P-8A aircraft is scheduled for 2017-2020.