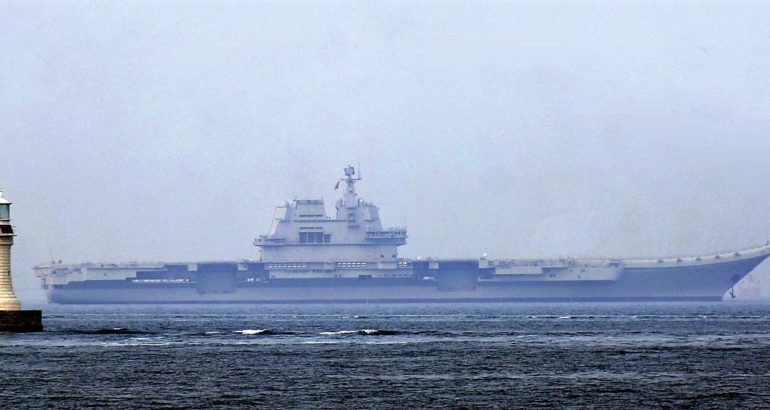 China' second aircraft carrier (and the first one built locally, known as Type 002) got underway on February 27th while the PLAN's first aircraft carrier, "Liaoning" was already at sea.

For the first time ever, two People's Liberation Army Navy (PLAN or Chinese Navy) aircraft carriers got underway and were at sea, at the same time. This took place on February 27, 2019.

Almost 30 years ago, when China launched its first catapult aircraft carrier program (CATOBAR) known as Program 891, no one would have imagined that one day the country would be equipped with two, or more, aircraft carriers. Even less so since the same program was canceled under a political order 6 years later, in 1995, and the term “aircraft carrier” became a taboo and banned in all internal documents for several years.

But this is a different time. 30 years later, more precisely on February 27, 2019, two Chinese aircraft carriers were at sea at the same time. And yet this almost symbolic if not historical event has gone almost unnoticed in China, as if it was insignificant, or as if it was just business as usual, nothing special.

Back at the Dalian shipyard since May 2018, the aircraft carrier Liaoning, formerly Varyag and sistership of the Russian aircraft carrier Amiral Kuznetsov, has undergone significant changes. These changes include a redesigned navigation bridge. This was likely the first major overhaul of the ship since its commissioning in September 2012.

After several months of refitting work, China’s first aircraft carrier got underway again at the end of January for an eight-day trial campaign. This was followed by a second on, last Sunday, which should last until March 5th.

It was under heavy sea haze the next afternoon that the vessel displacing 60,000-tons left Dalian port, where it had been under construction since March 2015.

It is not yet known whether the Type 002 will join Liaoning in the test area (this seems unlikely and of little interest at the moment) or whether Type 002 will conduct its own tests in another zone as what is suggested by the LN-0033 (辽 航 警 0033) navigation notification of the Chinese authorities.

Anyways, according to a source close to the PLAN, this fifth set of sea trials for the new aircraft carrier would be used to individually test systems on board, while all tests related to navigation would already be concluded.

Now that two Chinese aircraft carriers are at sea, the question is, when will we get to see three, four or more together at sea ?