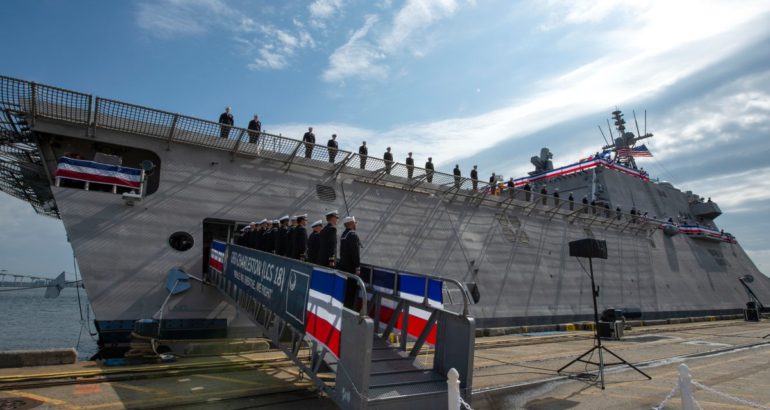 After the ceremony, the ship will transit to join Littoral Combat Ship Squadron 1 and ten other littoral combat ships currently homeported at Naval Base San Diego.

“I will bring up all four engines online, come to full power, and steam right at you with that gun blazing and my eventual missiles launching. Charleston will not turn and run. We will not run because while we breathe, we fight!”

The LCS class consists of two variants, the Freedom variant and the Independence variant, designed and built by two industry teams. The Independence variant team is led by Austal USA, Mobile, Alabama, (for LCS 6 and the subsequent even-numbered hulls). The Freedom variant team is led by Lockheed Martin, Marinette, Wisconsin, (for the odd-numbered hulls).